Here are the books which made it to the March Issues of local magazines.

Fleet Life has the following books on page six of it’s magazine, for the online version go to http://www.fleetlife.org.uk, load the online directory and turn to page 6

I Listened To My Heart by Rosemary Gallagher

The Haunting Of Secrets by Shelley Pickens

The Song of the Cypress by Tonia Parronchi

Elvetham Heath Directory has the following books on page of it’s magazine, for the online version go to ehd.org.uk, load the online directory and turn to page 6.

“The essentials of life; having someone to love, having something to do and something to look forward to,” advice that Daniel Woods would probably agree with on his wedding day but words which he wouldn’t actually understand until circumstances force his eyes wide open.

White Horizon is a contemporary family relationships/ romance set in and around Snowdonia and Manchester. Dan and Tina are about to get married, a regular Bonnie & Clyde in their youth, they are finally tying the knot.

With money behind him from a lucky inheritance and hard work Dan has bought Crafnant Hall and is turning it into a hotel. He’s worked really hard on getting it all set up and is looking forward to running it with Tina alongside.

Fellow guests at the wedding include old school friends Linda and Victoria, as Dan and Tina begin their married life Linda and Victoria both take a look at their own marriages and don’t like what they see. With Dan and Tina’s turbulent relationship everyone is in for a bumpy ride as Dan finds that he’s surrounded by needy people who all want a part of him.

Racing through life at the speed of the Porsche he drives Dan finds that there are some people you can’t live with nor can you live life without them. Another good book in a familiar setting from Jan Ruth.

Today’s team book review is from Cathy, she blogs at http://betweenthelinesbookblog.wordpress.com 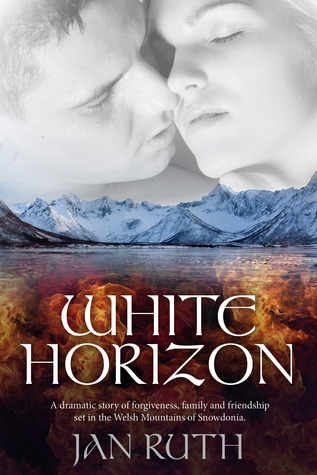 Daniel and Tina decide to cement their on-off relationship of twenty-five years with a marriage ceremony in the town they grew up in, near Snowdonia in North Wales. They start their married life living in the hotel Daniel is renovating. Things between the newly weds begin to crumble after just a few months. Tina is keeping an overwhelming secret and doing her best to deal with it in the only way she feels she can. Their old school friends, who haven’t seen each other for years, Victoria and Linda and their respective husbands, Max and Mike, are drawn into the resulting fall out which will affect not only those involved but their families as well.

Linda and Victoria are experiencing their own marital problems and all three couples find themselves in difficult circumstances and with friendships at breaking point. Their lives can never again be the same and each of them will face a future they couldn’t have imagined. The terrible culmination of Victoria and Max’s relationship breakdown is horrifying and dramatic, resulting in destruction and death which devastates everyone in the community.

The dynamics between the couples and their interwoven stories are written so well it’s impossible not to have a vivid picture of them, and be drawn in as they are ever more deeply involved in the developing story. Jan Ruth just seems to be able to get right inside the characters and make them totally real and believable, with well-developed and credible personalities. Their problems and emotions are handled sensitively and with honesty during the major life changes that affect them all. Serious issues, including spousal abuse and debilitating illness, are dealt with tactfully.

A really good mix of characters, Daniel stood out for me and Victoria, who was the most damaged by her awful experiences. Great writing and precise attention to details – such an enjoyable read. The scenic descriptions are beautiful and bring the area to life adding an extra element to the story. Mainly, though, this is about how the strength of love and forgiveness, having friends and family win out in the end.