Fetch Nurse Connie by Jean Fullerton
My rating: 5 of 5 stars

Fetch Nurse Connie is historical fiction set in the East End of London 1945. If you love war dramas and are fascinated by how the ordinary people coped then this is for you.

Connie Byrne is a Queen’s Nurse, midwife and District nurse for St George & St Dunstan Nursing Association. We join her as the end of WW2 is announced and London begins to celebrate and welcome home it’s menfolk from the fighting.

Through-out the war Connie and the other nurses kept the people of London, patched up, delivered babies, held clinics and dispensed much needed care and attention. They’ve worked through rationing, black-outs and bombing and they are set to keep London working as it begins the big clear up.

Connie can’t wait for fiancé Charlie Ross to return home, she hasn’t had a letter for several years, but she’s counting down the days until she sees him again. She has the church booked, the dress all made and the wedding planned, all she needs is her man.

Post-war changes and shortages of nurses in the health service mean than nurses no longer have to leave their positions once married. This is a relief to Connie and her friend Millie who are warn out dealing with the demands of their patch, their Superintendent and their personal lives.

This book is set in the same time period as “Call Nurse Millie” also written by Jean Fullerton and I have enjoyed both of the books. The nursing side is fascinating and I do like looking through the window into the past lives of those thrown together by the war and by circumstances beyond their control. 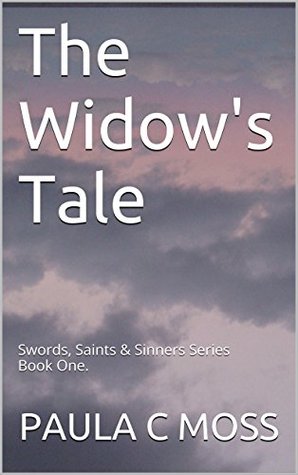 The Orchid Tree by Siobhan Daiko

The Orchid Tree is a historical drama set in Hong Kong. The First part is from 1941 – 1945 during the Japanese occupation of Hong Kong during WWII. Fifteen year old Kate Wolseley is British and lives with her parents on The Peak. When the Japanese invade and the governor surrenders no one can quite believe what happens.

Once the Japanese have taken over, Kate and her family are moved to the Stanley Internment Camp, an ex-prison. Conditions are poor and food soon runs very short. Kate makes friends with Charles Pearce a half Chinese boy as they queue each day for water and attend lessons together. The descriptions and imagery are very thought provoking as everyone waits to be rescued by either the British or the Americans.

Across the water in Macau we meet Sophia Rodrigues and her family who are from Portuguese descent. During the war, Macau was neutral, yet Japanese people still arrived in the area. Sophia’s father is head of the Macau gold consortium and befriends the Japanese Kimura family. Sophia is half Chinese and is close to her Uncle who is involved with smuggling. During the war he smuggles medicines into the POW camps.

As the recapture of Hong Kong drew nearer, situations on both sides got very desperate, Charles is arrested one day when the prison guards learn of a radio that the prisoners are listening to. News comes that Charles was on a ship heading for a Japanese labour camp when the boat as torpedoed and everyone fears the worse.

A heart-broken Kate and her father go to Australia after the war, but both return to their home in Hong Kong later. Part two of the book covers the years 1948-1949. Hong Kong rebuilds itself and there are many opportunities to make money for enterprising individual’s. The population is growing fast with the spread of communism in China and people fleeing the fighting. Sophia and Kate are both young ladies now and their lives and loves link them in more ways than one.

I enjoyed this book, it was a very good insight into the war years and how Hong Kong expanded in the post war years.