November has some of my book reviews featured in Fleet Life

For the online edition go to http://www.fleetlife.org.uk, load the online directory and find my reviews on page 36.

This month the following books are featured

When the Crows Fly Low by V.J Patterson

and The Dead Detective by J.R Rain

This feature is about books that have left me thinking more about the story or the characters, so much so that I’ve gone away and done some extra research.

In FETCH NURSE CONNIE by Jean Fullerton we met Nurse Connie Byrne. She was a Queen’s nurse, midwife and District Nurse for St. George and St Dunstan Nursing Association., and worked through WW2.  These nurses kept the people of London, patched up, delivered babies, held clinics and dispensed much need care and attention. They worked through rationing, black-outs and bombing and they were set to keep London working as it began the big clear up. 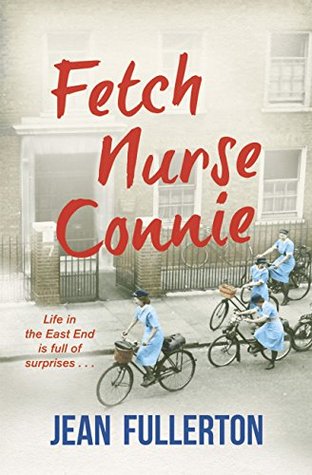 So I wanted to know more about Queen’s Nurses.

In 1859, Liverpool merchant and philanthropist William Rathbone employed a nurse named Mary Robinson to care for his wife at home during her final illness. After his wife’s death Rathbone decided to employ Robinson to nurse people in their own homes who could not afford medical care. The success of this early experiment encouraged him to campaign for more nurses to be employed in the community.

Elizabeth Malleson who was concerned to find that there was little local service of nurses for pregnant women in the 1880s. Malleson arranged for a trained nurse and midwife to be available to serve the people of Gotherington. Malleson’s scheme was not the first but she decided to form a national organisation and her appeal for help brought her into contact with Lady Lucy Hicks-Beech. She was the wife of Michael Hicks Beach, 1st Earl St Aldwyn and they gathered enough support to launch a Rural Nursing Association.

These were the beginning of organised district nursing. By the end of the 19th century, with the help of Florence Nightingale and the approval of Queen Victoria, the movement became a national voluntary organisation responsible for setting standards and training nurses. In 1887 ‘the women of England’ raised a Jubilee Fund of £70,000 to mark Victoria’s Golden Jubilee. The Queen announced that the money should be used for nursing, and Queen Victoria’s Jubilee Institute for Nurses was chartered in 1889. Elizabeth Malleson’s nurses became the Rural Nursing Division in 1891 was Malleson was its secretary.  Rosalind Paget was the main organisation’s first Superintendent, and later Inspector-General. Queen Alexandra agreed to be patron in 1901, and a Queen has been Patron of the charity ever since. From 1928 the Institute was known as The Queen’s Institute of District Nursing, until it assumed its present name in 1973.

What book have you recently read which intrigued you to find out more?

Fetch Nurse Connie by Jean Fullerton
My rating: 5 of 5 stars

Fetch Nurse Connie is historical fiction set in the East End of London 1945. If you love war dramas and are fascinated by how the ordinary people coped then this is for you.

Connie Byrne is a Queen’s Nurse, midwife and District nurse for St George & St Dunstan Nursing Association. We join her as the end of WW2 is announced and London begins to celebrate and welcome home it’s menfolk from the fighting.

Through-out the war Connie and the other nurses kept the people of London, patched up, delivered babies, held clinics and dispensed much needed care and attention. They’ve worked through rationing, black-outs and bombing and they are set to keep London working as it begins the big clear up.

Connie can’t wait for fiancé Charlie Ross to return home, she hasn’t had a letter for several years, but she’s counting down the days until she sees him again. She has the church booked, the dress all made and the wedding planned, all she needs is her man.

Post-war changes and shortages of nurses in the health service mean than nurses no longer have to leave their positions once married. This is a relief to Connie and her friend Millie who are warn out dealing with the demands of their patch, their Superintendent and their personal lives.

This book is set in the same time period as “Call Nurse Millie” also written by Jean Fullerton and I have enjoyed both of the books. The nursing side is fascinating and I do like looking through the window into the past lives of those thrown together by the war and by circumstances beyond their control.