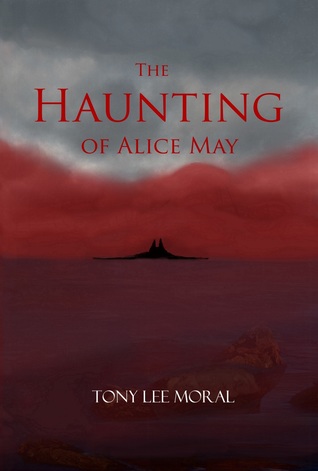 It’s not giving anything away to say that Alice May gets saved one day while out on a kayak by Henry. They soon become romantically involved which would be fine were it not for the fact that Henry died 100 years ago and is living in some sort of purgatory. And he’s not the only one ‘living’ this way.

I enjoyed the setting with the descriptions of Alice’s life in the town of Pacific Grove where she lives with her dad and sister after her mum died. I also liked her friends Christian and Emily.

The things that jarred with me were that I was confused about whether people could see Henry with Alice, or not, at least at first. Later in the story it was clear he could be seen by everyone and also he seemed as solid as a properly living person.

Strangely at one point Alice is concerned by the fact that Henry is 100 years old and what effect that would have on their relationship, without considering the perplexing issue that he is essentially dead so their future together is not looking that promising anyway.

I am probably not the ideal audience for this book but I’m sure it would appeal to younger readers as they would relate to the age range of the characters better.

Alice May Parker moves with her family to the sleepy town of Pacific Grove after her Mom dies, but little does she know the strange and terrifying events to come. When she falls into the bay during a kayaking trip, she is rescued from drowning by the mysterious Henry Raphael. Handsome, old fashioned and cordial, he is unlike any other boy she has known before. Intelligent and romantic, he sees straight into her soul. Soon Alice and Henry are swept up in a passionate and decidedly unorthodox romance until she finds out that Henry is not all what he seems. . .