Today’s team review comes from Cathy, she blogs at http://betweenthelinesbookblog.com 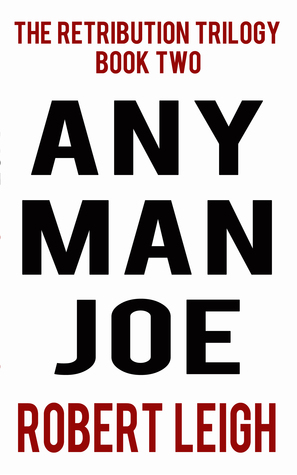 The Forest Estate is a rough area, overrun by drug dealers and users, leaving most of the law-abiding residents wary and afraid. Joe lives in one of the maisonettes on the estate, keeping mostly to himself and working at a local supermarket. Another resident, Mrs Winters, has known Joe since he was a boy and Joe looks out for her, helping where he can. Joe is quiet and unassuming until someone he cares for very much is killed and the police do little to nothing about it.

The story opens with Joe, on a living room floor, dying from a gunshot wound, surrounded by four slaughtered local gangland members. As DI Edwards and the forensics team enter the room, there’s no clue as to what provoked the carnage and no obvious suspect. However, bloody footprints show someone has left the scene.

Just my thoughts in the darkness.

I couldn’t move. I wasn’t even sure I had a body anymore. I thought, is this what death is? Just thoughts in the darkness.

How long would I be just thoughts? And if the thoughts went, what then? Would that be me done, not even thoughts anymore?’

The dual narrative, from the perspectives of Joe and DI Edwards, works brilliantly. The story unfolds continuously throughout with the narrative moving back and forth between the hospital, the police station, the mental facility and Joe’s flashbacks to life on the estate and the events that lead up to the shooting.

Joe’s resentment and rage at the injustice and lack of police involvement on the troubled estate is keenly felt and I admit I empathized with him…up to a point. And even then I still liked him and could feel Joe’s frustration. He did what he did for what he considered the right reasons. No-one who was in a position to, was doing anything about the situation. I’m not condoning violence by any means but on the other hand I couldn’t feel any sorrow for the drug dealers who make life, and the estate itself, wretched and dismal, while all the time feeding off the misery.

It’s very clever of the author to make the line between perpetrator and victim become less clear. It seems to me that Joe is both. Robert Leigh draws attention to the shocking depth of corruption and manipulation in the police force and, slightly less so, the medical profession. Carol Huxley is an unappealing character who is using Joe to further her own ends. The descriptions and characterisations are very realistic and the narrative creates vivid imagery.

Although I haven’t yet read the first of the trilogy, the books seem to be stand alone reads. I will definitely be reading the others.