Today we have a review from team member Georgia, she blogs at www.georgiarosebooks.com 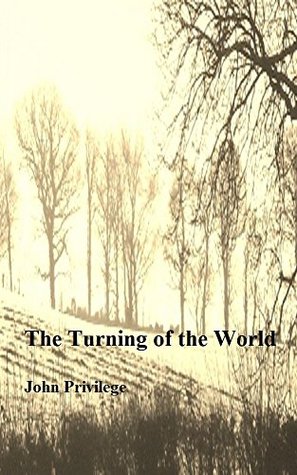 The Turning of the World

I know my memory is appalling but I don’t believe I’ve read any post-apocalyptic books before, always imagining them to be full of zombies which have never tended to be that scary to me as they seem to move so slowly I’m pretty sure I could get away from them. So although this book was recommended to me I approached it with some trepidation. What I found however a post-apocalyptic world was made far scarier because of its normality. I’ve never failed to be surprised, or rather horrified, at the way communities can turn on one another in times of trouble and I could really see this story being the way it would go should such a virus hit the world.

This story is set in Northern Ireland which is devastated, like many other countries before it, when the Quang-Tri Flu spreads like…well, like the flu only this flu kills anyone who contracts it. There are a few who are immune for whatever reason and gradually these individuals come together in various forever changed communities.

Bobby, a Canadian (and not a Yank as he has to keep reminding everyone) from whose perspective this is written is a great character. He’s in Northern Ireland after marrying Sally and to all outward appearances is tough and heroic, a leader, of sorts, amongst the band of survivors he finds around him but we get to see his inner fears and sorrows at the loss and sadness created by this tragic virus.

Violence breaks out, often brutally, both from those in charge as well as those just struggling to survive. Desperation for water, food and medicine grows as supplies run out and finding safe places to shelter becomes an issue. Some give up whilst others take advantage of the situation but there are some who meet the challenges of this bleak new world with regret for what they have to do in order to survive.

John Privilege’s writing is wonderfully descriptive without being overly so, ‘On her bad days I would sit with her and stroke her hair and whisper to her as she hung her head and wept, heart-sore and lost. She would look at me, her dark eyes full of tears, her mouth curling into a quivering smile, her cool hand on my face.’ Beautiful.

I thoroughly enjoyed reading this book, would definitely recommend it to all who enjoy good writing and solid storytelling and I look forward to seeing what Mr Privilege produces next.