Storytellers is historical fiction written in the style of an Icelandic saga.

The book opens in 1920 with Gunnar, a blacksmith who rescues an injured climber. He takes the man to his home. Gunnar has lived alone for several years; his house is basic and his lifestyle simplistic.

The climber, known as Sigurd, persuades Gunnar to keep his presence a secret from the villagers. He pays Gunnar a large amount of money to let him stay while his ankle mends. It’s March and Spring is yet to show; during the long evenings Sigurd entertains Gunnar with a story. It’s about a young couple: Arnar and Juana, and their life together in a small Icelandic village.

The story alternates between the two threads at a slow pace. We learn of Gunnar’s lonely life. He lives with his dog, horse and his illegally brewed alcohol. He prefers his own company, often desperate to lose himself in the darkness of drink. He does, however, enjoy Sigurd’s story, often urging him to continue with the next instalment.

This is a dark tale. I thought that the author used his own experience as a blacksmith to good effect as I could easily picture the parts that took place in the forge, while the pace reflected the era in which the book was set. When the story reached its denouement it was worth the wait. 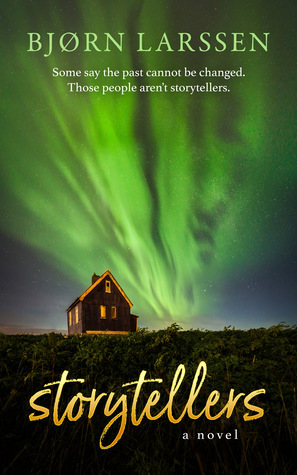