Today’s team review is from Shelley, she blogs here https://shelleywilsonauthor.com/

Shelley has been reading After The Battle by Matthew Moss 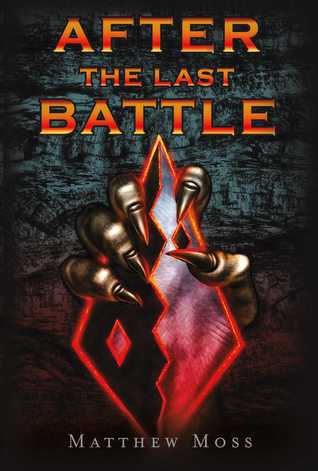 The cover is a great hook for any fan of young adult occult fiction, and the book blurb certainly draws you in for a closer inspection.

After the Last Battle kicks off with a promising Prologue where the author shares the backstory around the Angel and Demon war using Archangel Michael as his muse. I enjoyed this section and could connect to the energy between good and evil.

Unfortunately, I couldn’t then relate to the main characters and found them to be quite stiff and wooden. The dialogue was stilted, and I struggled to keep up with the flow.

There was far too much telling over showing for me.

A promising start with great potential but it didn’t quite hit the mark for me.

In a post-apocalyptic world, where the Hordes of Hell reign supreme, the only thing anyone could ask for is peace and quiet. Having lived his entire life in a secluded village, Telarious has had exactly that, yet for him it was misery. Bored of his monotonous life as a hunter, Telarious looked for any chance of conflict, so that he might prove himself to be more.

When a band of demons tear through his village in search of an angel in hiding, one of the last of the nearly extinct species, his wish is granted tenfold. This one act reveals Telarious’s hidden potential and sends him and his new angelic counterpart into a neighboring colony, where the struggle for power rages on. In over their heads, the two must learn to work together and with new, powerful allies to defeat the demons that have claimed Earth as their own.