Quantum Messenger is a young adult science fiction story. Although part of a trilogy, the concept is that they can be read in any order like a never ending loop.

This is the story of Apollo, a robot in a futuristic world, and considers the idea of artificial intelligence. The story opens with Apollo’s introduction at a science conference. Then we join Apollo as he is employed by a street cleaning team where robots are part of everyday life for humans. Sadly, as malfunctions occur, Apollo suffers several regenerations into new robotic experiences.
However, during all of these, he shows signs of independent thinking, and begins to acknowledge human emotion, which raises many questions and ultimately leads to consideration of spirituality.

This is an interesting story, though one that took a while to grow on me. At first I was a little confused by its direction, and struggled with Apollo’s narrative style, but having completed the book I realise that it was all part of his character growth. My favourite regeneration tale was spent with
Josephine while other moments stood out too, like the piano playing. I was unsure at first where the ending was going, until the author offered a glimpse into the previous book, Another Path; now I’m left very intrigued indeed.

If Artificial Intelligence developed a soul, what would it do? Where would it go?

And after life, could it help the dead guide the living?

Apollo is the first of its kind – an AI Assistant who, along with millions of other robots, will help transform workplaces and households. Over a few short years, Apollo learns the wonders and cruelties of mankind. He rewrites his internal programming so that his responses and personal thoughts can be independent. He befriends, then betrays a child and has to learn about love in its purest sense. Apollo cultivates passions, pride, anger, sadness and ultimately forgiveness, all under the watchful eye of a being he can’t quite fathom out.

Is it something beyond his very being, or could it be his own conscience? 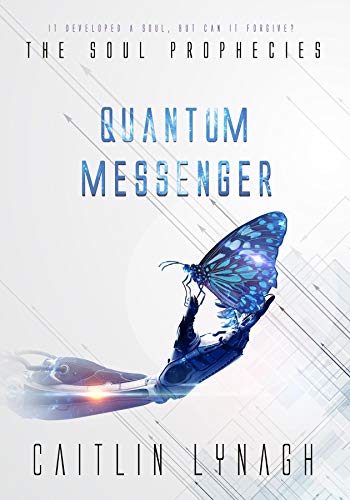