Robin Hood: The Life and Legend of an Outlaw by Stephen Basdeo

Robin Hood is a non-fiction study that attempts to discover just who the legendary Sherwood Forest outlaw really was.

Was he a common thief, a disgraced nobleman or man who truly did rob from the rich to give to the poor? Or was he nothing but a fictional character whose tale was acted out at village festivals?

This was an interesting insight into the mystery and myth which surrounds the man. The quantity of material that mentions Robin Hood was impressive. However, as the author goes on to make clear, it is hard to determine what is fact and what is fiction. It was interesting to see how the story around Robin Hood changed through different periods of history, as it reflected political and social fashions.

As with most non-fiction I found certain parts more interesting than others. The book has a section filled with reprints of many illustrations that surround Robin, which was an added delight and a break from the narrative that I appreciated. Overall, if you have an interest in the man known as Robin Hood, it is definitely worth a read.

Robin Hood is a national English icon. He is portrayed as a noble robber, who, along with his band of merry men, is said to have stolen from the rich and given to the poor. His story has been re-imagined many times throughout the centuries.

Readers will be introduced to some of the candidates who are thought to have been the real Robin Hood, before journeying into the fifteenth century and learning about the various ‘rymes of Robyn Hode’ that were in existence. This book then shows how Robin Hood was first cast as an earl in the sixteenth century, before discussing his portrayals as a brutish criminal in the eighteenth century. Then learn how Robin Hood became the epitome of an English gentleman in the Victorian era, before examining how he became an Americanized, populist hero fit for the silver screen during the twentieth century.

Thus, this book will take readers on a journey through 800 years of English cultural and literary history by examining how the legend of Robin Hood has developed over time. 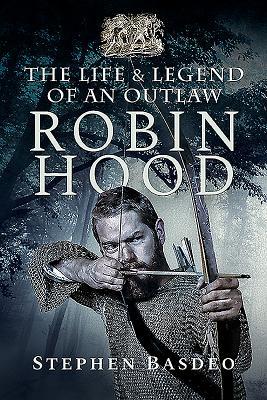 10 thoughts on “Rosie’s #Bookreview of #NonFiction ROBIN HOOD: The Life And Legend Of An Outlaw by @sbasdeo1 @penswordpub”