The book is split into easy to read sections, mixed with black and white pictures often of regalia from some of the groups mentioned.

I was interested to learn that in the past members of mason or oddfellow groups, who were looking for work and adventure, were allowed to freely travel between towns when others were prohibited. It was known as ‘the poor man’s grand tour’, and explains some early movements of people.

I was also intrigued by the brotherly support that many of the friendly societies offered to families, in the past. They were made up of a wide range of groups: working men’s clubs, loan societies, medical, cattle and insurance societies, to name just a few.

Most people have heard of Freemasons and this book contains lots of facts that were new to me. For instance, I had never considered how far they spread with the growth of the British Empire.  This book showed the positive; there was little mention of the darker side of the masonic/secret society phenomenon.

One point that stood out for me, and I found most interesting to mull over, was man’s need or wish to belong to a group or club, be it for a benefit to the member or for camaraderie. Overall this book offers a general background to a wide selection of groups, societies and unions that our ancestors might have belonged to.

Fraternal and friendly societies and trade unions – associations that provide mutual aid and benefits – have a long, fascinating history and the most famous of them – the Freemasons – have a reputation for secrecy, ritual and intrigue that excites strong interest and has been the subject of widespread misunderstanding. Daniel Weinbren, in this concise and accessible handbook, dispels the myths that surround them and gives readers an insight into their real purposes, their membership and their development over the centuries. He has also compiled a detailed compendium of books, archives, libraries, and internet sites that readers and researchers can consult to find out more about these organizations and to trace the involvement and experience of family members who were connected with them.

The origins of these societies are explored as are their economic, social and civic functions and the impact they had on the lives of individuals who joined them. The range of such societies covered includes the popular and international ones such as the Oddfellows, Foresters and Rechabites, as well as the smaller local fraternal organizations. The type of assistance they offer, their structure and hierarchy, meetings and ceremonies, regalia and processions, and feasts and annual gatherings are all described and explained.

So much information about these organizations and their membership is easily available if you know where to look, and Daniel Weinbren’s work is the ideal introduction to them. Anyone who has a forebear who was at some time linked with one of these organizations will find his book to be an essential guide to their research. 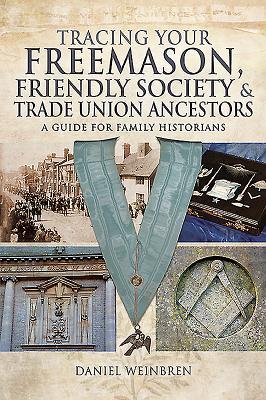