Today’s team review is from Sue.

Sue Has been reading Shadow House by A R Silverberry

Shadow House is a fairly short novel, but it is not lacking in depth of story. I found it sucked me in almost immediately and it was very difficult to put down.

The story is set in the not too distant future on “New Earth”, a dystopian future following the breakdown of society as we know it:

“History, as taught in school, proclaimed that New Earth had sprouted from a chaotic lawless time in human history, when small bands preyed on and slaughtered each other over dwindling resources. Johari believed that part of the account. It was the next part that seemed iffy. All at once, something happened. A mutation—a new species, some people claimed—appeared, like Cro-Magnon beside the Neanderthals. This new “more advanced” group broke away from the old one and traveled to New Earth. How that was done was sketchy at best. But even today people talked about the Freedom, a mass migration of millions to a new world. And the new world they created was, so they said, superior in every way to the one they left. It was a perfect society.”

I would have liked a little more information regarding this migration. I felt the author brushed it aside somewhat, but I am hoping perhaps it will be given more explanation in the next book. Perhaps it is another mystery that the main character, Johari, will need to solve.

The major portion of Shadow House revolves around four teenagers’ time inside the House, a kind of glorified magical escape room filled with monsters and peril, which teens must enter once during their lives. Not everyone comes out again and those who do not escape are never seen again. Once inside, stairways and doors disappear, herding the four main characters to desired destinations, where they have to face their pasts and personalities and be tested in sometimes terrifying situations.

“…he had difficulty shaking off the feeling that the House would be their tomb.“

However no one knows what they will discover once inside, as it is forbidden for the survivors to discuss their experiences. The House itself is described really well, it sounds like the kind of building you might cross the street to keep away from:

“The House had a curious tinge, like an early photograph, faded and discolored. It was three stories and old beyond reckoning. The paint had peeled off. The wooden walls were weathered and sun-bleached a mottled gray. He wondered why termites hadn’t consumed the whole thing long ago. The house bulged on the right to accommodate a semi-circular tower rising two stories and culminating in a conical roof. A lower gable above the front porch was ornamented with scrollwork. But it was the upper gable that arrested his attention. The woodwork was much more complex, filling the whole triangular shape of the gable. In the center was a symbol of some sort. It might have been a flaming candle, but it seemed to Johari it was more like a hand held up in warning.”

The four teens had very different characters. Johari is the main point of view character and hero of the book. He is a mixed race orphan with gorgeous features who spent his childhood being tossed from one foster family to another, never really knowing love and suffering bullying. This often ended in his getting blamed and eventually in him being saddled with a criminal record. Despite his horrible childhood, Johari is very likeable, brave, and a team player. He is a natural leader and caring – concerned for Calista’s health. He is also the love interest for another of the characters, Greta. He is determined that if one of them manages to leave then they all must. Greta is observant and makes notes in each of the rooms as they explore the House. She is kindhearted and beautiful and Johari fell in love with her at a recent party where they first met. Due to a misunderstanding caused by Brice, the ridiculously wealthy party host, they are now unsure of each other’s feelings. This leads to expertly written romantic tension between Johari and Greta and typical teen angst which the reader experiences through Johari’s inner monologue. Greta’s friend Calista is also in the House. An asthmatic, she struggles with the dusty House but retains her wit and feisty nature. She proves to be resourceful, having grabbed bread from the kitchen, which they can no longer access once they reach the attic. The fourth main character is the entitled and unlikeable Brice, who was instrumental in Johari being arrested for stealing Brice’s father’s anti-grav car, when Brice actually leant it to him. He also paid Greta’s Mom to keep her grounded at home when she would have been a useful witness in Johari’s court case. He wants Greta to fall in love with him and is jealous of her attraction to Johari.

Sentenced to elimination in his court case, Johari sees the House as the only way out. If he is able to find his way out of the House he expects that his criminal record will be cleared. Society believes that only the very best people are able to survive and in this way it rids the world of evil:

‘It purifies,’ ‘It perfects,’ ‘It protects,’ ‘It eliminates war, disease, and poverty.’

There were elements of the book which reminded me of Charlie and the Chocolate Factory or the horror movies where one by one the main characters are callously picked off. It was a very enjoyable read and I would recommend it to readers who enjoy YA thrillers or dystopian mysteries.

What Do You Do If You’re Trapped In A Nightmare …

New Earth’s Supreme Council dooms Johari Hightower to Elimination. Never mind that he’s innocent. His only hope is the House, a rite shrouded in mystery. No one says what happens inside. And those who don’t make it out are never seen again.

Place Of Fear is the second book in a fan fiction spin-off series from Fredric Shernoff’s young adult science fiction Atlantic Island stories. I recommend reading them in the order that they are written to gain the most from the series.

In this story Scout and his friends continue their research into the Mayan culture to find historical artefacts which have magical powers. Others seek these powers too and themes of good versus evil and power versus balance are threaded throughout the story. There are lots of mystical elements and the Mayan history interested me the most as I was reading, to the point when I was skip reading much of the mundane everyday parts to get back to the mythical stories.

I have come to this series without reading the original Atlantic Island story so I can’t comment on how this extended tale fits. However, I found the pacing rather slow and it became hard to feel engaged with the characters, which may just be because I am not the intended audience for this genre. The author injects her recognisable style from her Rahki Chronicles into this book, so if you are a fan of those stories then you might enjoy these.

Scout Ainsley may have discovered two of the Mayan artifacts, but he still doubts his sanity. The search for the remaining relics could cost him his life as well.

The disappearance of a friend reveals new truths and powers. Scout isn’t alone in his search for answers, but he struggles to trust those closest to him. His nightmares reflect his worst experiences and most terrifying fears.

Every path to the future is coated in blood and death. Can he use lies to find the truth? Can he trust others or even himself?

If Scout wants to survive, he’ll have to conquer his fears. 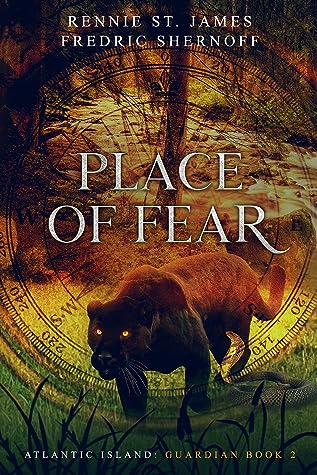 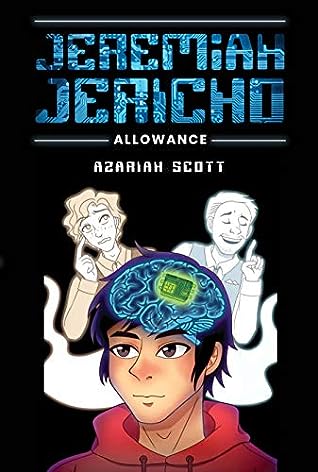 Jeremiah Jericho is book one of a young adult science fiction series that is set in America.

When Jeremiah turned sixteen, a computer chip in his brain activated. It allowed him to see the true thoughts and feelings of people around him; he could even manipulate other’s emotions. There was also a voice in his head which spoke to him; a sort of human computer called Christopher.

With the help of Christopher, Jeremiah learnt that his father once took part in a government experiment using the chip. When his father died he had the chip implanted in Jeremiah; he hoped that Jeremiah could one day use it to help others. However, it would appear that the government will do anything to get the chip back.

I was very impressed with how this author wrote the character of Jeremiah; he felt like a real sixteen-year-old navigating school and home life in New York City. As he came to terms with the voice in his head and sought answers about it, the pace of the story picked up. There was a complex plot with a lot of characters, and added to this were the conversations that Jeremiah had with more than one voice inside his head; at times I did find it hard to keep abreast of who he was speaking to and exactly what was going on.

Overall, I thought that the author brought a fresh story to the young adult genre. There were a couple of times when I didn’t quite believe in a plot point but these were fairly minor and could be overlooked to enjoy the main theme of the novel.

Jeremiah just turned 16 and found out that he inherited something from his dead father: a computer chip embedded in his brain. The chip gives him the ability to hack other people’s minds. The problem starts with an additional voice in his head from the chip, then his family’s hidden issues come to the surface, and, of course, the government wants the chip back under their control. All the things a teenager doesn’t want to be bothered with. Jeremiah has to make a choice to be either the better person his dad was trying to get him to be or just shrug it off and be as he wants to be, unbothered.