We Also Served: The Forgotten Women of the First World War by Vivien Newman
My rating: 4 of 5 stars

We Also Served: The Forgotten Women of the First World War is a non-fiction book.

Filled with well researched material, from all walks of life it looks at the way women featured in a war which is mainly remembered for its horrors and its men.

Did you know that the government propaganda effort to get men to sign up focused on women? Not only encouraging the “white feather” brigade but printing posters that implied that mothers, wives and sweet hearts were all fully behind the government call ups. They used them to shame men to sign up before conscription was brought in. Once the men were gone, women were encouraged to support them knitting desperately needed socks and other items too.

But many women also wanted to be useful and volunteered as nurses, yet there was a reluctance to accept anyone not seen as a “qualified” nurse and many women drummed up financial support themselves and headed to the front with ambulances, supplies and determination.

Oversees women nurses were eventually called for when it became obvious the war was going to last much longer than expected, they came particularly from Canada and Australia, many funding their own transport, uniform and travel.

I was fascinated to learn about the hospital trains and barges used to transport the injured men. And the horrific conditions the nurses had to work in. Then there were the home front women, those who worked in factories in dangerous jobs handling explosives and being exposed to chemicals which later caused them ill-health and even death.

This book is a tribute to the women who were proud to take up their own form of “arms” and serve their country, few received medals or recognition for their work and there was no pension or compensation or even job prospects at the end. I think the author did a great job of giving a voice to these war heroines.

A free copy of this book was provided by Publishing Push for review.

We Also Served is a social history of women s involvement in the First World War. Dr Vivien Newman disturbs myths and preconceptions surrounding women’s war work and seeks to inform contemporary readers of countless acts of derring-do, determination, and quiet heroism by British women, that went on behind the scenes from 1914-1918.In August 1914 a mere 640 women had a clearly defined wartime role. Ignoring early War Office advice to ‘go home and sit still’, by 1918 hundreds of thousands of women from all corners of the world had lent their individual wills and collective strength to the Allied cause. As well as becoming nurses, munitions workers, and members of the Land Army, women were also ambulance drivers and surgeons; they served with the Armed Forces; funded and managed their own hospitals within sight and sound of the guns. At least one British woman bore arms, and over a thousand women lost their lives as a direct result of their involvement with the war. This book lets these all but forgotten women speak directly to us of their war, their lives, and their stories.” 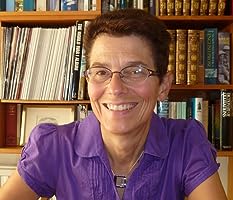 Viv has been interested in social history since primary school, when her teachers commented upon her “very many questions”.

In her doctoral research on women’s poetry of the First World War Viv uncovered a treasure trove of long-forgotten women’s poems. These widen our knowledge of women’s wartime lives, their concerns, and their contributions to the war effort and subsequent Victory.

Viv has taught women’s war poetry in both academic and non-academic settings and speaks widely at history conferences (both national and international). She gives talks to a variety of audiences ranging from First World War devotees of organisations such as the Western Front Association as well as to Rotarians, Women’s Institutes and U3A. She has lectured in the USA.

As well as writing articles about women during the First Word War, Viv has numerous books either already or soon to be published.

“We Also Served: The Forgotten Women of the First Word War”, published in 2014, explores women’s uniformed and un-uniformed lives between 1914 and 1918, uncovering how women’s contribution to the war effort made victory possible, or , as one contemporary newspaper put it, “Why not VCs for Women?”

In “Nursing Through Shot & Shell: A Great war Nurse’s Diary”, published 2015, Viv takes the reader to the battlefields of Belgium & France to place Beatrice Hopkinson’s war diary completely in context – from her transition from Nottinghampshire chamber maid to trainee fever nurse, to casualty clearing stations and ever closer to the Front Line. Finally, in 1918, Beatrice is part of a rapid response unit sent to wherever the fighting is most fierce, and hence where the wounded threaten to overwhelm the medical services.

“Tumult and the Tears”, published June 2016, tells the story of the Great War through the eyes and lives of its women poets. Each poem is placed within the context of its author and Viv provides the the background to why it was written, to whom and the story it seeks to tell – from patriotism, to grief, denial to anger, all is explained. Reviews have described it as very moving.

“Singer, Siren, Spy”, due for publication in 2017, takes you deep into the undercover world of women spies and explains why an Italian resident in Switzerland was spying for Germany in Marseilles … and how she met her end in January 1918.

And plans for 2018 include “The Children’s War 1914-1919” which explores British and Allied children’s wartime lives.

Smallbrook is a historical novel set in a small fictional village in Britain during World War 1. It’s May 1916 and Nathan Holt is returning to the village of Dalton Combe, a place he once ran away from to join the army. He’s searching for some peace of mind after the horrific trauma of the trenches and he’s nursing a leg wound.

He used to live with his Aunt and Uncle but they’ve both died since he left. He finds a village with no young or old men, few healthy horses left to do any work, yet farms need help with the harvest and everyday chores.

First Nathan finds work when welsh carter John Evans falls ill, but then he moves on to help Jenny Tiley from Smallbrook farm, with the hay crop and stays on to help with the farm. A sweet romance follows, Jenny is a widow, her husband died in the war. The pair face the village gossips as they work well together, but all this stops when Jenny hears that her husband is actually in a hospital in Hereford and not dead at all.

She travels to Hereford to find Edward Tiley with severe injuries and not the man he once was. He insists on returning home but he is now an invalid and will need much care and nursing. He’s bitter and angry and jealousy of Nathan begins upon first sighting.

The book ends with a couple of twists showing that the repercussions of war reach far and wide with their ripple effect.

I found the book interesting but it had a very slow start, it didn’t pick up for me until we started to see some emotions between Jenny and Nathan, it was then that I began to engage with the book, but I drifted apart again after the drama with Edward.

We That Are Left by Juliet Greenwood

It begins in August 1914 a time of great anticipation and anxiety as rumours of war spread. Previously Hugo fought in the Boar war, far away but still with it’s own nightmares which he has never shared with Elin. The war in Europe is much closer and everyone begins to consider the impact it may have on their lives.

When a bi-plane piloted by Lady Margaret Northolme lands unexpectedly near Hiram Hall, Elin and her cousin Alice meet “Mouse” as she affectionately known, someone who will come to play a major part in their future lives.

War against Prussia is declared and a monumental tide of men rush to sign up to fight thinking they are off on a huge adventure, while England is left to the women. Alice finds work in a hospital organising supplies, Elin makes plans to grow more foodstuffs from the gardens to feed the local community and Mouse heads off to France with a truck full of supplies.

No one is prepared for the horrors and losses that the war will bring. When the causalities start pouring in from France and Belgium, the madness of war is brought home, yet there is no end to the deaths and pain, while others show unending strength to carry on. News of Mousse’s capture as a spy has Elin and Jack rushing to France on a daring rescue mission and Elin sees and experiences first hand the devastation caused.

This is such a moving story, one full of emotion and the author captures the atmosphere and adds details that make you feel as if you are there too with Elin. I loved the parts about Anglesey just as much as the being in the vehicles that Elin drove or helping make meals from scraps and the endless cups of tea. It really was a delight to read this book and I didn’t want it to end at all.

Juliet will be joining us as our guest author tomorrow.