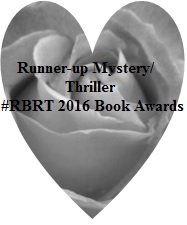 Judith has been reading What Jennifer Knows by Wendy Janes 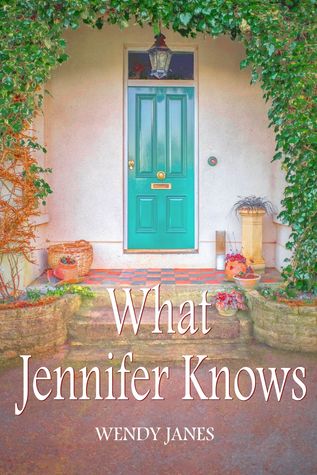 I started off liking What Jennifer Knows by Wendy Janes; I finished the novel loving it.

To say this is an easy book to read could sound derogatorily, but, believe me, that is not what I mean; the author’s writing style is relaxed conversational and draws the reader in.  The story is told mainly in the first person from the protagonist’s point of view (which gives us an insight to her opinion and relationship with the other characters), but there is also omniscient narrator’s viewpoint from the other characters’ point of view. The clever use of texts between three of the characters, the flashbacks that reveal the protagonist’s past, are innovative and revealing.  It sounds complicated but it works so well.

The dialogue is true to each character and is skilfully handled, especially the internal dialogue of the character of Freya, a vulnerable young woman, susceptible to self-doubt and with a dread of returning to the mental unstable state she once found herself in – and of Jennifer’s friend, Abi, an outwardly confident career woman. And, as the story progresses, the initial portrayal of all the characters subtly changes as their personalities are truly revealed.

The various settings are drawn with an economy of description, yet still give  a sense of place for the characters to move around in; the reader is given no doubt that this is a story placed slap bang in a Surrey community that is, in essence,an English upper middle-class society. And the small details, revealed mostly through the dialogue, show the amount of research the author has carried out to give a true sense of the era.

The various strands of the plot and sub-plots are shrewdly drawn together, each character sharing an almost equal portion of the story. By the end of the novel I felt as though I knew each character, their lives, and how they viewed the world and those around them.

I finished the book with a sense of sadness; one that I had read the last page – always a good sign for any reader I suppose, and also a sense of sadness for the characters – so much did they seem to become real people. I’m not sure how I wanted it to end but …

If I have any reservations about the novel it’s the instant friendship between, Jennifer and Freya, And the speed with which it grows. Yet, on reflection, I suppose, given the inner need of both these characters, it is plausible.

I have absolutely no hesitation recommending  What Jennifer Knows. It’s a lovely début novel from Wendy Janes.

I received a copy of What Jennifer Knows from the author and  as part of Rosie’s Book Review Team #RBRT  in exchange for an honest review.

To find the online edition go to http://www.fleetlife.org.uk

Load the online directory and fins us on page 34

This month we are giving a shout-out to the following books;

Cry Of The Sea by D.G Driver

From Yellow Star To Pop Star by Dorit Oliver-Wolff

What Jenifer Knows by Wendy Janes

and The Prince’s Man by Deborah Jay

Liz has been reading What Jennifer Knows by Wendy Janes

Jennifer is the kind of woman you would want as your friend. You could share your troubles and your joys with her and she would keep your secrets. A mother and grandmother, she works part time in a school, giving dance therapy lessons to special needs children and lives with her slightly grumpy, but loving husband, Gerald, who is a well-known sculptor.

But she has a dilemma; while supporting her friends with their relationship problems she discovers a secret which she ought to reveal but she prevaricates, putting off the awful day because she knows there cannot be a good ending.

And it is relationships which this book is all about. We learn of an important partnership in Jennifer’s past and she is trying to deal with a lack of communication with her daughter. Her young friend, Freya is a vulnerable, needy girl who experiences problems with personal relationships, be it boyfriend or sister. Jennifer’s other friend Abi, seems much more in control. A successful head teacher, she juggles work and social commitments quite well, until her lover moves in. And there is the pivotal male protagonist; a shadowy, complicated individual whose motives are difficult to understand but whose problems must stem from his unloved childhood.

What Jennifer Knows appears at first to be a simple story of village life but as Wendy Janes reveals the layers of complex relationships, conflict and regret it becomes a much deeper story and the outcome for the characters we have come to know, matter a great deal.

At times I was losing patience with Jennifer’s reticence. She is obviously a talented, empathetic woman but she is reluctant to rock the boat. However, in the clever twist at the end of the story she finally chooses to face a problem head-on and takes decisive action.

This is an ideal novel for a book club as there are so many moral issues to discuss. I also found the references to the three schools very interesting as they reflected issues I have also experienced. This is definitely a thought provoking novel.

Today’s team review comes from Babus, she blogs at http://ajoobacatsblog.com/

Babus has been reading What Jennifer Knows by Wendy Janes

Jennifer Jacobs meets Freya by chance in a supermarket. Freya is open and friendly and tells Jennifer all about her plans to propose to her boyfriend, as the friendship between the two women grows, Jennifer becomes acutely aware that Freya has something vital in common with her old friend Abi, putting her dead centre in the throws of a moral dilemma.

I loved reading this contemporary fiction novel as Jane’s builds up the characters in a compelling way and makes them all like able but to different degrees. Jennifer I found hugely likeable and a bit of an underdog, but I wouldn’t want to be in her shoes facing the choices she has in this novel.

This novel is well-written, easy to read and impossible not to become invested in as you learn what Jennifer knows.