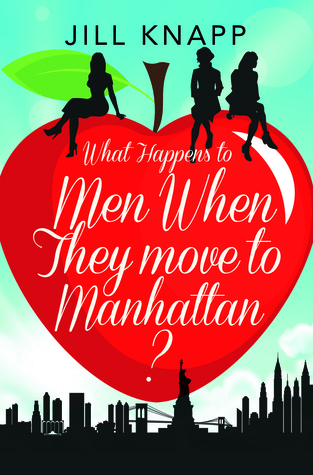 What Happens To Men When They Move To Manhattan? by Jill Knapp

What Happens To Men When They Move To Manhattan is quick chicklit read. Amalia Hastings lives in New York, she’s taking a masters degree in Biology and Behavioural Studies. She shares a flat with two other girls and has a long-term boyfriend called Nicholas and plenty of friends.

When her boyfriend suddenly breaks up with her on her birthday, she’s thrown into turmoil. Only dragging herself out of her misery to take an exam. Flat mate Liz makes Amalia attend a college dinner, but a close encounter with fellow student Michael leaves her confused.

With an on-off relationship and a will he / won’t he question constantly hanging over her head Amalia stumbles on for the next few months. Best friend Cassie tries to match her up with Hayden but Amalia just needs to find herself and it’s not helped by her ex begging forgiveness.

Stuck in a potential love triangle, should Amalia still go the Brazil as she intends at the end of college term or should she give one of the men in her life one more chance?