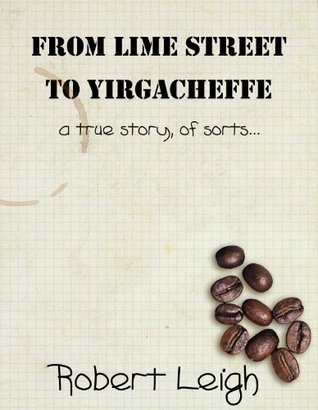 From Lime Street to Yirgacheffe by Robert Leigh

In November 2013, Robert Leigh travelled to Ethiopia with a brief to write a paper on the country’s coffee industry.  Leigh takes us on a 6000km journey from Lime Street Station in Liverpool to Addis Ababa, through the Rift Valley and on to the southern region of Yirgacheffe.

Not having been anywhere much myself, I love to read travel memoirs about faraway places and lifestyles so different to my own. I found Robert Leigh’s descriptions of life in Ethiopia fascinating, and the workings of the coffee industry out there equally so, though the system by which the farmers are forced to sell their produce is an absolute scandal; however, I am reviewing this book, not the industry – that was Leigh’s job! His portrayal of characters he meets, his driver, Sammi, the charming Endale and other incidental ones added colour to the account. What I liked about this book was the observations about the life of the ordinary people out there; it was a real education.

Although I read the book avidly because the subject matter interested me so much, I found the writing rather flat at times with the inclusion of mundane detail that did not add to the story. How the author came about getting the job was a sensible start, but every detail of his checking through customs, ordering a cup of coffee, etc, was finely described. I never knew what John, the guide throughout the trip, was actually like, because his reported conversation was so information heavy. Having said this, though, I felt Leigh got into his stride in the second half of the book, when it becomes looser, more ‘real’ and more amusing.

Despite my slight reservations, I’d recommend this book if you have any interest in the subject; it taught me a lot. My only other disappointment came when I told my husband about it; he’s a coffee snob – whoops, sorry, I mean a coffee connoisseur – and, when I began to (proudly) relate what I had learned he said, “Oh yeah, Yirgacheffe, there’s some in the cupboard.” He even knew all about the difference between the dark and light roast. Oh well!