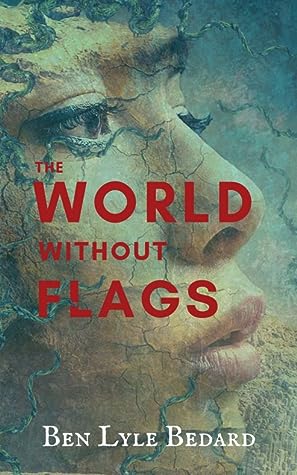 I have an endless hunger for post-apocalyptic and dystopian fiction, but it has to be well-written, feasible, properly researched and edited, with great characters, realistic dialogue and a plot that keeps me turning the pages.  I am delighted to say that this ticked all the boxes.  I loved it.

It’s actually a Book #2, but it’s completely stand-alone; I didn’t know of the existence of Book #1 until I looked up the Amazon links for this review.

Birdie is around sixteen (she is not sure of her exact age), and lives in the Homestead in Maine, where she lives with Eric, who she thinks of as her father.  She has only vague recollections of the Worm, a disease that hit the world a decade ago, around 1990, rendering most of the population zombie-like, though only a few ‘cracked’ and became flesh-eaters.  She is happy enough in her world – but then a traveller appears with news of a coming war between two factions, both of whom want to rebuild the country under their command.

This news leaves the community in a state of extreme anxiety, but worse is to come.  Much, much worse…

Most of the story is about a journey that Birdie must make to ensure her own safety and that of those she loves, through land she doesn’t know, where she will come up against much danger.  The hazardous journey is a post-apocalyptic standard, but it works every time if done well, and this was.  It’s exciting, unpredictable, and Birdie’s development, as she learns more about the world outside her safe enclosure and finds much strength within herself that she didn’t know existed, is a joy to read.

If you love this genre, I recommend highly; even if you think you don’t, I still recommend.  Suffice to say that I’ve downloaded Book #1, and started reading it as soon as I’d finished #2.  One word of warning: it’s rather gruesome at times.  Don’t read it while you’re eating.  I say this from experience.

The old world is gone. Ten years have passed since a parasitic Worm nearly drove humanity to extinction. When the Worm infected its human host, it crawled up into the brain, latching on and taking command. The result was shambling hordes of infected people called zombies. When the Worm vanished, bringing the majority of humans with it, it left a ravaged landscape. Small communities struggle to survive while bandits prey on the weak and hunger marches in through winter’s gate.

Across this landscape, a young woman must overcome terror and isolation to survive. Driven by determination and loyalty, she must leave the only safety she has ever known. Confronting both death and her own past, pushed to her uttermost limits, she will discover who she is and what she is willing to sacrifice.