Today’s team book review is from Crystin, she blogs at http://crystinlgoodwin.wordpress.com/posts/

Rustam Chalice is one of the best players in the political game that permeates Tyr-en society. A simple Dance Master, he uses his good looks and charm to ferret out vital information and state secrets from the ladies of nobility, letting his pretty face hide the competent swordsman and ruthless spy underneath. When the stability of the monarchy is threatened, the kingdom’s spymaster sends Rustam undercover with Lady Risada: a beautiful yet deadly assassin who despises him. Their mission reveals a dark plot to throw the realm into civil war, and they flee over treacherous mountains in search for help: their only bargaining chip a sick elf who might not last the journey …

I enjoyed this book – particularly the gorgeous detail that painted a beautiful picture of the world without slowing down the pace of the story. There are several areas where the description simply blew me away, like the world of Shiva. Ooh, so pretty. Some of the characters were also incredibly well done: I loved Rustam and his character progression throughout the book, and I adored Elwaes. However, I did have a few minor issues with the (numerous) plot twists. Some felt a tad too convenient, while others were simply confusing. I’m still not sure who, exactly, the silver eyes belong to. I also have reservations about the ending: fans who’ve followed my book reviews in the past know that I’m a huge fan of the ‘happily ever after’ and this book didn’t end with my idea of a HEA. However, since it’s the first book in a trilogy, I’ll reserve my judgement until I’ve read the sequel. And I’m definitely going to be reading the sequel.

I recommend this book to fans of epic high fantasy, or to anyone who loves political intrigue. There are even some dark grisly spots, so readers who enjoy horror and suspense could be pleasantly surprised.

To find the online edition go to http://www.fleetlife.org.uk

Load the online directory and fins us on page 34

This month we are giving a shout-out to the following books;

Cry Of The Sea by D.G Driver

From Yellow Star To Pop Star by Dorit Oliver-Wolff

What Jenifer Knows by Wendy Janes

and The Prince’s Man by Deborah Jay

Today’s team review comes from Jessie, she blogs at http://behindthewillows.com

This book was solid. 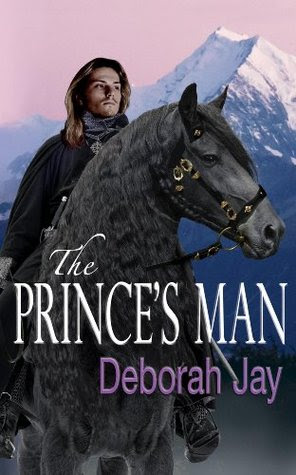 Solid in the sense that it was, and I quote from dictionary.com, having relative firmness, coherence of particles, or persistence of form, as matter that is not liquid or gaseous.

This newly created world is firm, there are no gaps or jumps of reasoning. One creature, idea, magic or bit of history flows right into the next. Characters that appear substantial at the beginning of the book do nothing but grow and evolve as their backstory unfolds behind them.

This is solidly written fantasy tale.

It was also solid in the, and now I quote form urban dictionary, cool or awesome aspect.  .

In this land people play a deadly game that involves lots of spying. Of course along with spying goes the lying. And that’s where the awesome part came in because more than once, just as the main character figured out some sort of mystery, I figured it out too!

Not way ahead of time so that I spent my time reading thinking, “Oh come on! It’s so obvious why haven’t you got that figured out yet!” Or one of those stories where they tell you the big reveal and you think, ” Well there is no way I could have ever figured that out.”

But at the same time!

That’s not only a really cool feeling as a reader but really awesome writing from an author!

Would I recommend it? If you are a fantasy fan put this one on your to read list. There is more of this story yet to tell and I’ll be lined up to read the next one when it comes out!

Also by Deborah Jay: Desprite Measures (Which is, I suspect, why the water sprite was extra… rambunctious…)