Welcome to Day 8 of Romancing September Across The World Tour. Our guest today is Cecily Gates. Catch up with more from Cecily in a few hours with the second part of our tour when Stephanie chats to her.

I hail from New York, New York! However, I find myself flocking again and again back to the beach. I used to spend my childhood summers visiting family on the Rhode Island shoreline; in many ways the beach feels like a second home. It was no coincidence that my book takes place there.

At my friend India’s encouragement, I finally jumped into the world of publishing this year. As my debut novel hit the Internet only a few months ago, I’m still very early into the process, but so far it’s been a blast. I can’t wait to see what the rest of the year will bring.

I’ve been writing stories for as long as I can remember. I still have my 140 page manuscript that I penned as a twelve-year-old. It was a riff on my favorite YA books. My tastes have matured since then, but I’ve never stopped writing.

Contemporary romance, with rom-coms coming in at a close second. It depends on my mood: some days I’m itchin’ for angst, and other days for a laugh. If a novel can do both, then it’s even better.

What happens to Dawn’s fabulous life?

But when this life eventually implodes, she begins to wonder if this is what she really wanted in the first place—and that’s where An Imaginary House by the Sea begins.

Dawn Campbell is, in a word, ambitious. She’s fiery and sarcastic, and she’s the kind of person to go after what she wants. When she leaves her hometown for the first time and sets off for college in the big city, she pursues a life of glitzy parties, celebrity hobnobbing, and torrid romantic affairs.

Their lives finally re-converge after Dawn moves back home to Bridgeport. John, as fate would have it, has moved back as well. The two are brought back together during a chance midnight encounter by the pier. Dawn has no idea about John’s new family at that point, but by the time she finally learns about their existence, she’s already decided she wants him back. And Dawn being Dawn, she goes for it anyway. It’s a selfish decision, and everyone around her tells her as much, but it sets the course for an emotional, redemptive journey. Lucky Dawn.

What was their relationship in the past?

Dawn and John were nearly-but-not-quite high school sweethearts. Throughout their formative years, they formed an intense bond with each other. But since life isn’t perfect, and sometimes we miss the opportunities we should have taken, nothing happens between them. John leaves Bridgeport to pursue his dream of seeing the world, and then Dawn leaves for college, and then the moment is lost. It’s Dawn’s single biggest regret.

On paper, Marguerite Brown is perfect: she’s beautiful, fashionable, sophisticated, and well travelled. She has the husband and family that Dawn never had. And because of all of that, she stirs a deep envy within Dawn. Of course, it doesn’t help that Marguerite displays an instant animosity towards her.

As the story progresses, Dawn begins to see that Marguerite is battling her own demons, and that the two women have more in common than she realized.

Is there a “Real” house by the sea that is part of the book?

You bet. The story of Caroline, Dawn’s other childhood best friend, serves as a continuing metaphor throughout the novel. When the two girls were in high school, Caroline and her family perished in a tragic fire that destroyed their oceanside mansion; the skeleton of the house still stands, having remained untouched throughout the years. Caroline’s story is one that Dawn refers to often throughout her own journey, and the house becomes a sanctuary where Dawn goes to revisit her ghosts.

I’m excited to be working on the second book in the Bridgeport series, The Light of the Vanished. It will be a standalone sequel to An Imaginary House by the Sea, featuring some surprise characters. That’s all I can say for the time being without totally letting the cat out of the bag. In the meantime, I encourage you to add it on Goodreads and keep an ear to the ground. The book will be published October 2014, and I’ll be releasing more teasers and details in the coming weeks.

I suffer a compulsion to be glued to my computer at all times, so there are several places where readers can find more about me. First, I share details of my upcoming books, thoughts on writing, photos from my life in NYC, and my favorite cocktail recipes on my blog at www.cecilywrites.com. I also write for The Page Girls (www.thepagegirls.com), a weekly magazine I run with my best friends India, Emily, Jasmine, and April. Each week, we publish a themed issue containing short stories, videos, funny essays, and more. I’ve recently published some intensely personal content for the website, which is all at once terrifying and thrilling.Finally, I’m on social media. I have an author Twitter account (twitter.com/cecilywrites) and Facebook page (facebook.com/cecilywrites), and I also run the social media accounts for The Page Girls. You can find me as The Page Girls on Instagram (instagram.com/thepagegirls), Facebook (facebook.com/thepagegirlsblog), Twitter (twitter.com/thepagegirls), and YouTube (youtube.com/thepagegirlsblog).

Find out more about Cecily from Stephanie Hurt’s blog and all our Romance writers http://stephanie-hurt.com/ 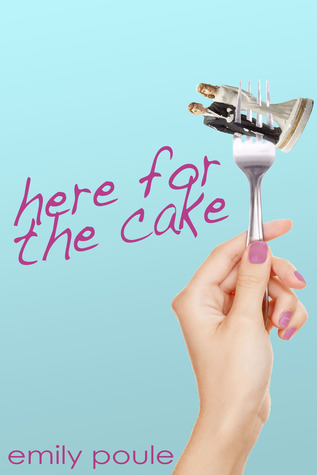