Today’s team review is form Georgia, she blogs at http://www.georgiarosebooks.com

Georgia has been reading The Disobedient Wife by Annika Milisic-Stanley 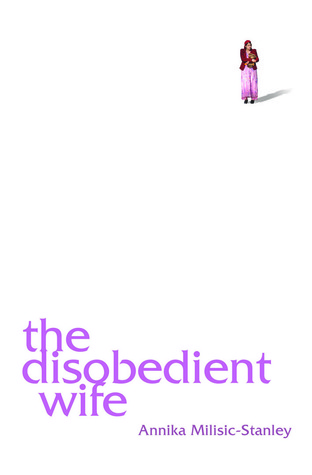 I read The Disobedient Wife by Annika Milisic-Stanley as part of Rosie Amber’s Book Review Team and I am delighted I chose it. I shall say right from the outset that this is a book I never wanted to end. I adored wallowing in its beautifully descriptive passages so elegantly crafted by this author and I was completely captivated by the lives the characters of this novel led.

From the outset it is clear that Nargis is the disobedient wife of the title. Widowed from the man she loved she has deserted the brutal Poulod she then married and it is clear that in this country she is in the wrong for doing so, even if it was to protect herself and her children. Two of these, from her first marriage, Hussein and Bunavsha, live with her, her parents and brother in not much more than a hovel. Poulod has kept Faisullo, the son she had with him, which causes Nargis deep distress. But Nargis is a survivor. She works as a nanny for Harriet Simenon who is living the ex-pat life while her husband, Henri, works. She also sells paintings and being resourceful, and hardworking, soon opens a shop. I liked her very much and so desperately wanted a happy ending for her.

‘She was as Persephone, forced from summer on Earth to the chill of the Underworld.’ Says it all.

At the beginning of this story I wasn’t that keen on Harriet as she appeared selfish, spoilt and totally unaware of the lives of those closest to her. But at the end of each chapter there is a journal entry from her and through these we see her start to develop, to open her eyes and to not just accept what is expected of her. She does indeed manage to become a disobedient wife in her own right and I was delighted as she took charge of her life.

But there is a third contender for the title of disobedient wife, Savsang, a smaller character and one whose shocking naivety has devastating consequences.

As I read this book I was reminded time and again of the similar stories told of the lives of those in Afghanistan by Khaled Hosseini and I would recommend this for anyone who loved those, as I did. But if you haven’t tried something like this before I’d urge you to pick up this book anyway. I could go on about how wonderfully depicted the characters are or how vibrantly the settings are painted but those words just don’t do this wonderfully written tale justice and you need to experience this read for yourselves.