Today’s team review is from Cathy. She blogs here https://betweenthelinesbookblog.wordpress.com/

Cathy has been reading Small Forgotten Moments by Annalisa Crawford

Small Forgotten Moments tells the story of Jo McKye, in her own words, a talented and tortured artist living in London and about to have her first exhibition. Her paintings all feature a mysterious woman she’s named Zenna who invades her thoughts whether she is awake or asleep. Jo has no idea who the woman is, but feels compelled beyond any reason she can fathom to recreate her on each canvas, one after the other.

‘Painting Zenna over and over wasn’t intentional. In the beginning, I had no concept of what I was creating, I just allowed the paints to flow, the ideas to flower.’

Jo suffers from long term memory loss and can’t recall much of anything beyond several years ago. She knows she has a mother in Cornwall but can’t remember why they’re not in touch. Her best, almost only friend and house mate, Nathan, looks out for her as much as she allows him to.

Jo knows she can’t live a ‘normal’ life with so much of her past missing. Without memories to ground her, or a sense of self, she feels adrift. Added to that, Zenna seems to be taking over her life and affecting her health, both physically and mentally. It’s time to try and take control, break free of Zenna’s hold over her, learn what she can of her past, before she descends into total madness. On the spur of the moment she decides to go home, to Cornwall and her mother.

‘All the answers are here—in the crevices and shadows of my brain. Perhaps I should give up the search. Yet Zenna remains, taunting me. Her eyes burrow into me, her smirk troubles me. Lurking in my closed-door memory, concealed in my past.’

I enjoyed the psychological slant on the memory loss aspect, giving more depth to the theme. The angst and confusion that dominates Jo’s life is depicted extremely well, haunting and heartbreaking in it’s intensity, particularly so in the last quarter when all comes to a head in a way I wasn’t expecting. The Cornish coast is the perfect setting for the storm of emotions and revelations that batter Jo.

Is Zenna a muse, a sleep-deprived apparition, or something much more sinister?

Suffering long-term amnesia, artist Jo Mckye is ready to start a fresh, new project after the success of her debut exhibition. But the fictional subject of the collection, Zenna, won’t let go so easily. Infiltrating Jo’s dreams—and increasingly, her waking hours—Zenna is fast becoming a dangerous obsession.

Jo is confident the answers lie at her childhood home, an idyllic Cornish village on the south-east coast; she just doesn’t know why. Only when she walks into the sea and almost drowns does the past start to unravel. 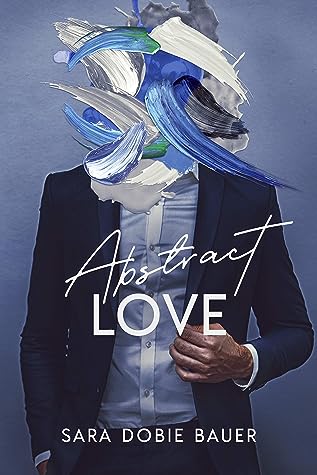