Alison has been reading All The Tomorrows by Nillu Nasser 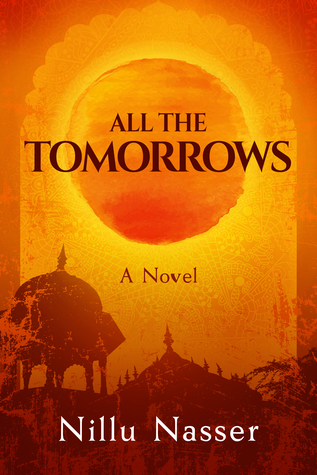 Jaya is trying to make her arranged marriage to Akash work. She loves him, but he is cold towards her. When she discovers his affair, her reaction is horrific and extreme. Her recovery sees her grow in strength and she discovers her own mind, though she is haunted by her past and restricted by the constraints society places on women. Akash, however, is sent on a downward spiral, into the depths of the city, experiencing degradation, cruelty and shame.

This is an exceptional story; it covers so many human emotions – betrayal, loss, friendship, love, redemption. Jaya and Akash are beautifully drawn and it is easy to sympathise with them both. The other characters are realistic and three-dimensional, Jaya’s sister Ruhi, and Akash’s friend Tariq, in particular. And the settings are described so eloquently, so authentically, that it is easy to picture each scene.

The author is certainly a talented story teller and a skilled writer. Some of the writing is beautiful and there were parts of this book that were really page-turning. However, I do feel that it is too long. There are elements of the story that could have been condensed and other parts that could have done with more detail. It is a fine balance in a story with so much going on, and covering such a long period of time, but I did feel that there were places where things needed tightening up. That said, this is a lovely book, and I’ll certainly read more by this author.

Four and a half stars

Sometimes we can’t escape the webs we are born into. Sometimes we are the architects of our own fall.

Akash Choudry wants a love for all time, not an arranged marriage. Still, under the weight of parental hopes, he agrees to one. He and Jaya marry in a cloud of colour and spice in Bombay. Their marriage has barely begun when Akash embarks on an affair.

Jaya cannot contemplate sharing her husband with another woman, or looking past his indiscretions as her mother suggests. Cornered by sexual politics, she takes her fate into her own hands in the form of a lit match.

Nothing endures fire. As shards of their past threaten their future, will Jaya ever bloom into the woman she can be, and will redemption be within Akash’s reach?

Nillu Nasser is a writer of literary fiction novels. In March 2017 she signed a three book deal with Evolved Publishing. She also blogs, writes short fiction and poetry.

Nillu has a BA in English and German Literature and an MA in European Politics. After graduating she worked in national and regional politics, but eventually reverted to her first love.

She lives in London with her husband, three children, one angelic and one demonic cat, though she secretly yearns for a dog. If you fly into Gatwick and look hard enough, you will see her furiously scribbling in her garden office, where she is working on her next story. 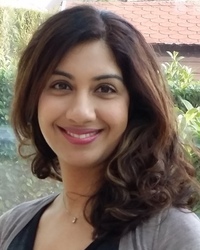