Today’s team review is from Terry. She blogs here https://terrytylerbookreviews.blogspot.co.uk/

Terry has been reading The Cotillion Brigade by Glen Craney

4*
This novel is quite an achievement, and I so appreciated how much it taught me about the American Civil War, a subject about which I knew very little before.

The Cotillion Brigade tells a fictional version of the true story of the Nancy Hart Rifles of Georgia, begun by former debutante Nancy Colquitt Hill, who lived on a plantation.  Her chapters alternate between those of Hugh LaGrange from Wisconsin, on the side of the Abolitionists; he and his men’s aim is, initially, to make sure that the territory of Kansas remains a free state when it joins the union.

The novel is intricately researched, and the characters are clearly defined.  I liked the way in which the author wrote the characters authentically, using (some of) the dialogue they would have used at the time, rather than sugar-coat it too much, so as not to offend the sensitive ears of the 21st century.  He has walked a successful middle line between the two possible extremes.

Nancy was an interesting character from the start; she dived into her new role with the same gusto and impulsiveness that she displayed when all she had to think about was her standing in society, and her love life.  Hugh’s side of the story contains all the gritty atmosphere you would expect, and I felt the author had really got into the heads of the people of the time.

My only complaint is the length – I think it could have been chopped down by 20% to gee up the momentum a little.  The first third sets up the lives of Hugh and Nancy in great detail; I thought this, in particular, could have been edited down, though I did love Nancy’s wrangles with her rival in love!  As the story progresses into the war itself, and the conditions under which the army fought, the pace did ramp up somewhat.

At the end is a most fascinating author’s note, telling what happened to the people after the end of the book – and, best of all, photographs of the characters within and some of the actual places mentioned.  If you have a particular interest in the American Civil War, I would recommend buying this straight away!  As it is, I’m interested in reading another of his books, either The Yanks are Starving (set in the Depression), or The Spider and The Stone set in 14th century Scotland.

1856. Sixteen-year-old Nannie Colquitt Hill makes her debut in the antebellum society of the Chattahoochee River plantations. A thousand miles to the north, a Wisconsin farm boy, Hugh LaGrange, joins an Abolitionist crusade to ban slavery in Bleeding Kansas.

Five years later, secession and total war against the homefronts of Dixie hurl them toward a confrontation unrivaled in American history.

Nannie defies the traditions of Southern gentility by forming a women’s militia and drilling it four long years to prepare for battle. With their men dead, wounded, or retreating with the Confederate armies, only Captain Nannie and her Fighting Nancies stand between their beloved homes and the Yankee torches.

Hardened into a slashing Union cavalry colonel, Hugh duels Rebel generals Joseph Wheeler and Nathan Bedford Forrest across Tennessee and Alabama. As the war churns to a bloody climax, he is ordered to drive a burning stake deep into the heart of the Confederacy.

Yet one Georgia town-which by mocking coincidence bears Hugh’s last name-stands defiant in his path. 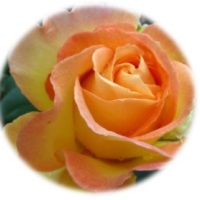