Second Helpings by Kristen Bailey
My rating: 4 of 5 stars

Second Helpings is book 2 in the Souper Mum series of contemporary women’s fiction for fans of book one Souper Mum. This book is best read as part of the series to keep up with the full cast of characters.

Housewife and mother of four, Jools Campbell shot to media fame in book one when she took on celebrity chef Tommy McCoy and stood up for everyday mums. In this book she’s been asked to judge a kids reality TV cooking show called “Little Chefs”. After she signs the contract she finds out that her co-host will also be Tommy McCoy.

Jools must juggle family life, new family roles and the celebrity life with all the back stabbing it embroils.

Once again this book is written in a high-speed dialogue lead style and offers a window from which to watch the goings on of a mother’s rise to fame.

Exactly eighteen months after her dramatic cook-off against nemesis Tommy McCoy, Jools Campbell’s down-to-earth approach to cooking and family life has won her many fans. But when the roof of her house caves in she is desperate for cash and finds herself agreeing to be a judge on a kids’ cooking show called Little Chefs.

She is soon horrified to find that her co-star and fellow judge is none other than Tommy McCoy, on a mission to save his reputation. The audience loves the abrasive chemistry between Jools and McCoy – whose style involves making the child-contestants cry – and soon the show is hugely popular. Behind the scenes, Jools is juggling all the relationships in her life with being a working mum. Will she succeed? Will she ever work out what quinoa is? Can she deal with Second Helpings of McCoy and the all too familiar media intrusion into her life? 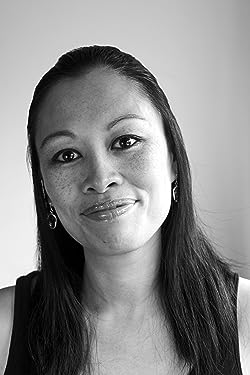 Souper Mum by Kristen Bailey
My rating: 4 of 5 stars

Souper Mum is a contemporary women’s fiction novel about mother of four Jools Campbell and her showdown with celebrity TV chef Tommy McCoy.

On a disastrous Monday morning Jools is accosted in the supermarket by Tommy as he sources participants for his TV show where he shows ordinary people healthier ways to cook and eat. Jools isn’t in the mood for this and tells him straight what she thinks of him and his show. That evening she discovers she is a YouTube sensation as someone filmed her supermarket rant. The newspapers run articles on her verbal fight and the social media machine snowballs the situation.

Chaos abounds in Jools everyday life and her new life as a media star. The battle with Tommy culminates in a live TV cook-off, will Jools and her family recipes win over Tommy and his insistence that only organic foods should be fed to families?

This is a fun dialogue lead book which leaves the reader breathless at the end of its galloping pace.

A fantastic debut novel that takes a refreshing look at family, modern life, and the joyless merits of quinoa. Monday morning can’t get any worse for harassed mum-of-four Jools Campbell when, after a frantic school run, she’s cornered in the supermarket by pompous celebrity chef Tommy McCoy, who starts criticising the contents of her trolley. Apparently the fact that she doesn’t make her own bread or buy organic is tantamount to child abuse. In a hurry and short of patience, she berates McCoy for judging her when she hasn’t the time or the money to feed her family in line with his elitist ideals. Unbeknownst to Jools, her rant has been filmed and immediately goes viral on YouTube, making her a reluctant celebrity overnight. With McCoy determined to discredit her by delving into her personal life, Jools decides it’s time to fight her corner in the name of all the fraught mums out there who are fed up with being made to feel bad by food snobs like him. Armed with some fish fingers and her limited cooking repertoire, Jools must negotiate the unfamiliar world of celebrity while staying true to her instincts as a mum.