Dawn’s route began with a flight to Moscow and then on to the Trans-Mongolian railway. She visited parts of China, South Korea, Japan and travelled through Asia to Australia. In a second part, Dawn travelled through some of Eastern Europe, finishing off in Finland.

After a year of planning her trip, Dawn chose to travel as cheaply as possible, staying in hostels, travelling by bus, walking to tourist sites where possible and keeping to a £40 daily budget. I liked Dawn’s honesty which included her fears and concerns. A seasoned traveller, Dawn was able to keep herself and her belongings safe, and avoid local opportunists; she also had lots of good advice for others who might want to follow her trail.

On the whole I found the book very interesting, as there was plenty of detail about all the places that Dawn visited as well as a list of trip advice and packing tips at the end of the book. Some of my favourite parts of Dawn’s trip were from Australia, but I did learn quite a lot from many of the other destinations. I think that this would make an ideal gift for anyone considering travelling in the future.

The very thought of home ownership and settling down was enough to send Dawn East running for the hills – otherwise known as the Trans-Mongolian Train, where her adventures across Asia, Australia and Eastern Europe would begin. But how would a self-confessed fussy eater, who worries about everything from bag-snatchers to parasitic skin infections, cope with a year of strange foods, noisy dorms and leaving behind a blossoming relationship?

Join Dawn, a forty-year-old primary school teacher, on her one year sabbatical as she navigates her way through twenty-six different countries. 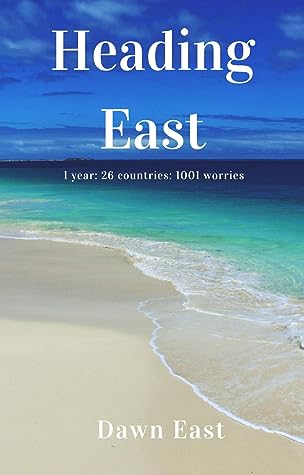