Terry has been reading An Empty Vessel by Vaughan Mason and written by J. J. Marsh 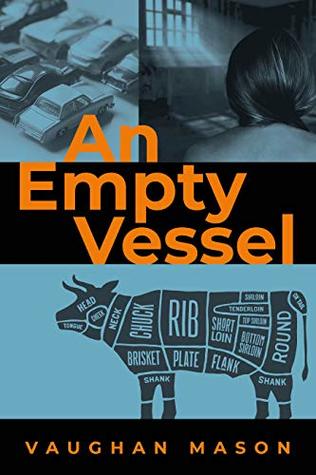 My understanding is that this long novella is a book mentioned in a novel by JJ Marsh, a work written by one of her characters, Vaughan Mason.  Though not clear on the blurb, this is what Rosie told me she thought it was, when I chose the book to review.

An Empty Vessel is most interesting story that depicts the thoughts of Nancy Maidstone, a woman accused of murder 1958, the day before her execution, and her life from childhood up until that point.  Other chapters are from the point of view of her lawyers and others involved in the plot.

JJ Marsh has a highly readable and compelling writing style and has created characters that jump off the page, with excellent dialogue, both spoken and inner, from the thoughtful Doctor Waterhouse and his socially self-aware wife, to Nancy’s self-serving brother, Frank, to the women she worked with at the supermarket that led to the abrupt downturn in her life, to Nancy herself, for whom my sympathy increased the more I read. Every character story is a tale within itself, rather than just a part of the whole, and I was completely engrossed in each one.

The story gives a colourful picture of ordinary life in the 1950s, with all its social prejudices, accepted behaviour and sometimes almost charming innocence about the world.  Running through all the scenarios is the question of whether or not Nancy is guilty, and if so, why she would have committed such a crime, but there is so much more to enjoy than simply an amassing of clues.

An entertaining, heartbreaking and unusual story – I loved it.