Terry has been reading Smokescreen by Khaled Talib 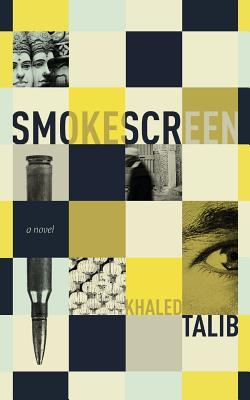 Smokescreen is a fast moving, all action, international thriller about an assassination conspiracy, involving movers and shakers at the highest levels—think ’24’, James Bond, The Bourne trilogy, etc.

Magazine journalist and superficial Singapore socialite Jethro Westropp (Jet West) is to be set up as ‘the next Lee Harvey Oswald’ – only he knows nothing about it, and has no hint that anything is wrong until he meets up with the beautiful and ill-fated Niki. ‘He finds himself at the centre of a political plot so diabolical and sweeping in its world implications that he is stunned to discover tomorrow’s news headlines today’: that comes from the blurb, one of the lines that made me want to read the book!

It’s well written and I can tell it’s well researched; Talib obviously understands the dark side of politics in the international arena. The characters are brilliantly over the top stereotypes—that’s not a criticism as I think these sort of books and films rely on certain characters. Jet is perfect as the amusing and unsuspecting hero, but I enjoyed the dialogue between the older spies, agents and ne’er-do-wells best; X and the unscrupulous Chan and Yung, for instance. There are some good, witty lines!

There’s a case for saying that these sort of stories work better in films than in books, but this is very convincing, it’s a jolly good plot and I think anyone who loves this sort of books will thoroughly enjoy it. There’s certainly never a dull moment.