Voyager by Carl Rackman
My rating: 4 of 5 stars

Voyager is an American based techno-thriller.

It opens with the terrible events of 9/11 and introduces us to Bradley Barnes.

Chapter one begins in September 2016 as Barnes and his team from the FBI are about to storm a building containing suspects with terrorism links. Unfortunately the main suspects escape—with super-human speed.

In California, Dr Callie Woolf, project manager of the Voyager Interstellar Mission, is alerted to a security breach; a probe, far out in space, begins sending back unexpected images. The data is highly sensitive and Callie’s team are put on immediate paid leave. These vacations become permanent for some, in a series of mysterious deaths. Callie is also targeted, but quick reactions keep her alive; however, her attempts to go on the run are short-lived when she is arrested for espionage.

When Barnes is told to pick up a British pilot suspected of smuggling at Newark airport, he joins Agent Breecker for the job. He doesn’t know it, but he’s about to come face to face with a genetically enhanced super-soldier. Created by the Triumvirate, a group of manipulators who cause chaos to undermine governments and manoeuvre money and power around the globe; the super-soldiers remove those in their way.

This book is fast paced and a race against time, as the tension is built between the main players, and the story unfolds to reveal quite believable possibilities. Sadly they may well echo many such power-hungry groups around the globe today. Recommended for readers who enjoy American law enforcement stories and techno-thrillers. 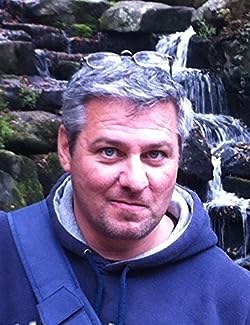