Today’s team review is from Sue. She blogs here https://suelbavey.wordpress.com/

Sue has been reading The Ascension Machine by Rob Edwards

This book was a lot of fun to read. Aimed at YA/Middle grade readers, The Ascension Machine starts off in a space station in deep space, filled with interesting alien species such as the Welatak:

“The family pod of Welatak that sat near the toilets weren’t looking at me at all. The prime of the pod was playing a game that made the podlings clack with laughter, while the other adult in the group fiddled with one of the podling’s saline suits. They needed their suits to keep saltwater on their skin; Welatak dried out quickly in oxygen.”

The many different alien species at the transport hub brought to mind the scene in the bar in Star Wars: A New Hope, where we see all the different aliens – that scene was always fascinating to me and I imagine young readers will be equally captivated by the intriguing and unusual species described here.

We are introduced to our unnamed teenaged main character, who begins to tell us his story from first person perspective. He has lived aboard space stations for most of his young life, scamming travelers to make a little money here and there, without really thinking too much about the morals or consequences of his actions. Over the course of the novel, thankfully, this all changes, and he begins to see the error of his old ways as a grifter.

Searching for a lookalike to take over his responsibilities, while he goes off on some unidentified escapade, offensively rich Mirabor Gravane runs into our shady main character on the space station, running from his latest mark. Persuaded to take on the job, against his better judgement and for no small fee, our hero decides to call himself ‘Grey’ for short and reluctantly boards the ship for which Gravane handed over his first class ticket, without knowing what is in store at his destination. Another first class passenger, a somewhat scary looking large green alien of the Brontom variety, known as Seventhirtyfour turns out to have an enthusiastic and upbeat personality and quickly takes Grey under his four arms, eagerly showing him the commercial for the Justice Academy they are both heading towards – a college for would-be superheroes. The commercial makes it clear that you do not need superpowers to become a superhero – being true to yourself and having the right mindset will get you a long way on the path towards your goal and the courses on offer will build on these character traits:

“At the Justice Academy, we will equip you with the skills to be the hero the galaxy needs. Self-defence! Clue Analysis! Parkour! Rocket-Grapnel Maintenance! Rescueology!” Rescueology? “But we will also teach the other side of being a superhero.” And now there was a flurry of more studious, earnest learning scenes. “We have award-winning classes in marketing and public relations, costume design, and even philosophy, morals and ethics.”

In this way the Justice Academy is more inclusive than other similar schools such as Professor X’s Xavier Institute in the X-Men franchise.

The group of diverse friends Grey makes at the Justice Academy become his found family and they support each other in any way possible. In addition to the effusive Seventhirtyfour, they comprise Pilvi, a female human farmer and plant expert; Gadget Dude, a tech genius; reptilian female Dez; and winged Avrim. Seventhirtyfour was my favourite of the bunch, due to his unwavering positivity, friendliness and enthusiasm. Indeed at one point he is described as “a wall of green enthusiasm”. He is the glue that holds the group together.

The friends soon form a team for the inventive school sport of PowerBall and quickly learn each other’s strengths and weaknesses. Grey makes full use of his problem-solving skills, honed when running from his targets onboard space stations and now given full rein. These strengths and weaknesses translate well into the real world and when they are sent on a mission by Gravane’s mother they find themselves face to face with notorious gangs on a distant planet named Bantus, and make use of everything they have learned so far at the Justice Academy as well as their own natural skills to save the victims of these gangs. Hanging around with the morally upstanding Seventhirtyfour has already had a positive effect on Grey – he is no longer simply out for himself, he cannot ignore a mugging and also feels bad about his previous thievery.  He acts as a spy rather than superhero and foils the gang leaders on Bantus. Thrown into the situation at short notice, Grey has been unable to decide on an appropriate superhero name:

““Who are you?” he asked. “I’m the Grey…” Accountant? Ghost? Avenger? None of them sounded right. “The Grey?” he repeated. Great, now my superhero name was the same as my assumed secret identity…”

Grey is brave, if also reckless, and puts his friends in harm’s way again and again, never seeming to learn from his mistakes.

The pace of this book is fast with a chase right at the beginning and continuing in this vein with exciting adventures and escapades: chases, gang fights and action sequences involving superheroes (both with and without powers and tech gadgets), spying, criminology and detective work, a kidnap plot, an evil and possibly insane enhanced arch-villain with an army full of alien henchmen, a thrilling escape through a cave system and since they are young adults at college, there is even some social and emotional awkwardness between Grey and a girl called Sky Diamond.

I would recommend this book to anyone who likes a good coming of age, action-packed school story with superheroes, aliens and a main character whose personality develops for the better and matures through his story arc. I loved how this book is filled with tongue in cheek humour and positive messages.

Welcome to the Justice Academy – the galaxy’s best superhero college! Teen grifter Grey arrives at the school carrying a lie: he isn’t really tech heir Mirabor Gravane. At the first opportunity Grey plans to leave the Academy. That is until he makes the mistake of starting to like his fellow students. The Justice Academy promises to “equip you with the skills to be the hero the galaxy needs” and Grey is beginning to believe the hype. But as he takes more risks to protect his secret, events spiral out of his control. When the real Gravane is kidnapped, Grey and his new friends must come together to mount a rescue and defend a city from an attack by hostile super-powered aliens. If he is to succeed, or even survive, Grey must decide who he is, and does he want to be a superhero? 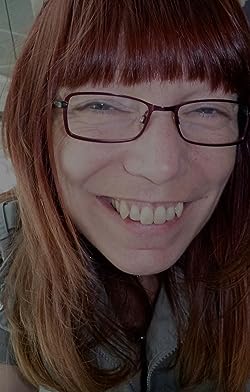