The Sunken is Book #1 in The Gauge Wars series of SteamPunk books. The setting is Industrial London in the 1800’s, but set in an alternative reality. King George III is on the throne, but dubbed a mad man and “The Vampire King”. There is great steam invention rivalry between Robert Stephenson and Isambard Brunel.

Christian Religion has been replaced by engineering sects, with followers of as many different leaders as world religion has today. The highest position held by the Messiah of the Church of the Great Conductor and people are encouraged to attend worship in the style of engineering lectures.

A Royal Society exists to police the engineers and hand out punishment where needed. A work force of “Stokers” fuel the city, treated as “dirty folk” they were lured away from their swamp lands by the need for engine stokers.

School friends, Isambard, James Holman and Nicholas Thorne, meet once more and become embroiled in the King’s new scheme to protect London from the marauding Swamp Dragons, however they soon learn of a more sinister reason behind the King’s urgency to build such a structure.

This is a big book at over 500 pages long, but it is split into three very readable parts. Part two cleverly gives all the background to the current situation and part three builds the tension to a compelling read and leads the way to book 2# in the series. I would recommend this to fans of Steampunk, and those who like the industrial era of England who are open minded to an alternative fantasy underlined story arc.

Find a copy here from Amazon US or Amazon UK 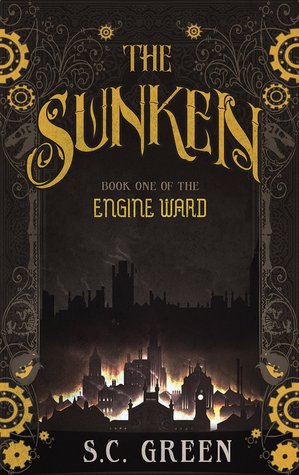