I’m really lucky in that I have another outlet for my book reviews where I can help spread the word to others about some of the books I’ve read.

I get a page in each of these monthly local magazines, which benefit from on-line versions to reach a world wide audience.

This month’s Fleet Life books were;

The Soul and The Seed – Arie Farnam

How I Changed My Life In A Year – Shelley Wilson

View the online version http://www.fleetlife.org.uk. Click on the online directory tab and load the magazine. Find my reviews on page 27

This month’s EHD books were;

Bend With The Wind – Suraya Dewing

View the online version http://www.ehd.org.uk. Click on the online directory tab and load the magazine. Find my reviews on page 6

Please note this is a voluntary task I get no monetary rewards for my reviews and the editors decision about which books we use is final. 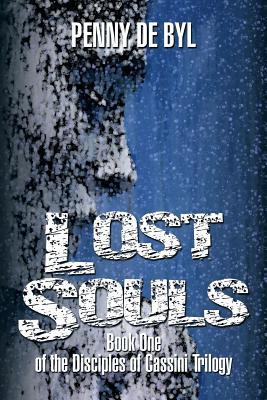 Lost Souls: Book One of the Disciples of Cassini Trilogy by Penny de Byl

Lost Souls begins in Melbourne, Australia with the puzzling cause of death of David Layton. We are introduced to Detective Inspector Zoe Moore who will be leading the investigation.

Next the book introduces us to Marcela Warrick arriving in Sydney at Everjein Enterprises. She is an ecologist and is about to go on a five year experiment to simulate the possibility of inhabiting and surviving on other planets. In a world race to create off-world technology Everjein have created an experiment in Antarctica and a carefully selected team are about to spend the next five years in Biojein, learning to grow their own food and continue the human population, replicating a situation similar to living on Titan. Marcela meets fellow Biojein inhabitants and in just a few days they find themselves in Antarctica.

Meanwhile Zoe has a second body with a puzzling cause of death. Farid Husain died at exactly the same time as David Layton. Research into both men revealed letters from Everjein Enterprises. When a third body turns up, Zoe’s investigation is shut down from above. But it doesn’t stop her and the team going to Sydney themselves to continue digging into an IVF system which looks like it links people dying at the same moment a mother gives birth. They uncover a drug called JQ2 but the doctor they really need to speak to is unavailable for the next five years.

In the Biojein dome complex the inhabitants must adjust to growing their own food. An IVF program is also underway with experiments on a hormone to speed up the human incubation period. But there is also a sinister side to the experiment. Marcela has a suspicious accident and something in the water killed her plants. She quickly begins a relationship with Barrett and finds herself pregnant. But most shocking is finding Jason Reid naked and near to death in the gardens. Constans Rijnder the Dutch Counsellor for the project must try to help keep things under control as Barrett is left in charge of the project and becomes under increasing pressure.

Back in Sydney, Everjein’s lawyer Warfield tries to keep the police at bay and the media quiet but with eight day communication blackouts and hours of delay between messages to simulate the off-world experience it’s a hard job. On top of this as the police dig deeper he too wonders if Barrett has been breaking the medical ethics law with his IVF programmes.

This book is an interesting concept with the off-world experiment. It took a while for me to connect with several of the characters. The science and the medical details are very good and reflect the author’s background. I picked up on Azaleas and Rhododendrons being used to describe the same situation. To me they are the same plant family but one is a large plant and the other a small shrub, I think one or the other should have been used. I also found a reference to Polar bears which I didn’t think went with the Antarctica region. I felt the book could do with one more run through editing which would take it from a shaking 4* to a more solid 4-4.5*.

Penny will be our guest author here tomorrow, do come back and find out more about her and her book.

August 3rd – Dropped around to visit my parents and helped my Mum with a lesson on copy and paste on the computer. I love the fact that she keeps trying to learn new technical stuff. The August online versions of the two magazine I write reviews for went up today and I sent out e-mails and tweets to all the featured authors. Here’s a link to my post http://wp.me/p2Eu3u-5yH

August 4th – Today I’ve written a long over-due letter to an Aunt. I’ve picked up litter and I’ve helped out another friend with a phone number. Am reading Lost Souls by Penny de Byl

August 5th – Made sure I wished a friend’s son good luck with his driving test today.

August 6th – Took my son and a friend to the park to play cricket and picked up litter. Checked several friends had remembered we are going out for a meal tonight. Good deeds received: Being picked up tonight, so I don’t have to drive.

August 7th – Sent a return letter to the above aunt booking us in for a visit in September, she likes to keep with tradition and use pen and paper to communicate mostly, although she has a new laptop which she’s having trouble getting used to, so hopefully the kids can give her a hand if we can’t help her.

August 8th – Agreed to read and review a book by Gina Henning that is due out next week, although my review won’t be ready that quickly. Off out for tea with friends this afternoon. Taking them books to read.

August 9th – Sent off my review for Lost Souls. Out to tea at the in-laws this afternoon. Picked up litter. Began reading the second book in the Spirit Warriors series by Della Connor. Have been drafting up more Romancing September posts. Received my windfall of Amazon vouchers and have already purchased Bending the Boyne by J.S Dunn, a historical book about Ireland that I’ve been wanting to read for a while.