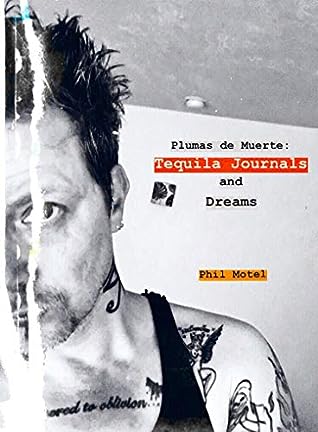 The reader is warned at the beginning of this book that it is unrevised for authenticity and, for what follows, that is exactly as it should be. These are typed and handwritten journals set mostly between Phil’s motel room and his place of work. The dreams segment fills probably the last 20% of the book and I wasn’t so interested in that part. But the journals absolutely drew me in.

The book journals the life of this author while he was writing his novel, Rum Hijack (which I highly recommend), and it shows an increasingly unhappy life both at home, which the motel isn’t, really, and work. The writer is under considerable pressure in his work life but I enjoyed the tales he told of day to day life with his colleagues and the politics involved.

Throughout this writer is struggling. He drinks enough to affect him at work and to a lesser extent takes drugs. However, his life completely spirals out of control when a former girlfriend gets in touch, brings happiness back into his life, then does something to break his battered heart completely. His grief is visceral and pushes him over the edge. That this book has been published shows he was saved from the abyss and I am thankful for that.

This writer is tremendously talented. He makes the most mundane conversation or scene interesting and there is plenty here for those who appreciate excellent writing to enjoy.

Life in a long-stay motel, overseen by the on-site muscle: ‘if this was a movie, he’d be played by Steve Buscemi’. Twelve-hour shifts at a mundane job alongside a host of strange characters with their own struggle to make it to the end of the day. Anecdotes from journals of adventures past: wannabe musicians, ill-fated relationships and the bottom of a bottle.

Musings on life, death, dreams, and the frustrations of the writing process: the journal entries were written while during the creation of the author’s debut novel, Rum Hijack.

Dream Diary
The second part of Plumas de Muerte is as it says: a small collection of dreams: what goes on while we are asleep?

A raw ride that makes no attempt to gloss over the darker side of the author’s life at the time, while acting as a cautionary tale about the nightmare of substance abuse – and the final road of alcoholism/addiction.