Georgia has been reading Let’s Be Legends by Sean Fesko 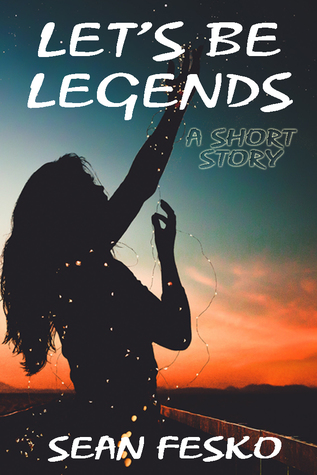 I enjoyed reading this short story. Right from the beginning we know Kara Olecki is on trial over the death of her boyfriend. The storyline hops between the proceedings in the court and from two years previously when we get to see the build up of the relationship between Kara and Matt and what actually happened to land Kara in the court room.

We all have a side we show to the world and one we prefer to keep hidden but Kara takes this to another level having her Internal Kara and External Kara, and I’m not sure that helped her mental state because when things went bad Internal Kara took over, and was out of control.

I think what I liked most about the story was Kara’s voice. I don’t read a lot of young adult novels but I could completely ‘see’ Kara, and I enjoyed her life as a teenager venturing into her first romance and this was very well done.

Kara Olecki didn’t mean to kill her boyfriend Matt. But she did—and she’s paying the price. As she waits for the jury’s decision, she has nothing but time to recap all the important moments, both good and bad, that led up to her sentencing. Told in dual timelines, experience Kara’s thoughts in the courtroom and musings from the previous two years: From the first time she laid eyes on Matt and their ski trip to Colorado, to their squabbles and individual tribulations. It was the kind of first relationship that Kara had imagined. Right up until the end.