The Lady’s Slipper by Deborah Swift
My rating: 4 of 5 stars

The Lady’s Slipper is historical fiction set in England during 1660. The people are beginning to recover from the Civil War.

Alice Ibbetson is an artist and keen horticulturalist. A rare orchid had been discovered in a nearby wood and Alice has plans to cultivate the seeds from the plant and save it from extinction. But the plant grows on land owned by another.

Richard has left the army after the war; disillusioned, he has recently become a peace-keeping Quaker. He is disturbed that Alice has taken the orchid from his wood and then lied about her actions, however, there are others also interested in the orchid: Geoffrey Fisk is a rich landowner, he wants to exploit the medicinal benefits of the plant for profit, while local wise-woman, Margaret Poulter, also wants to see the orchid.

Taking the plant causes an avalanche of bad luck for Alice, culminating in her wrongful imprisonment for a different crime. Her only friend is Richard, the man she once considered her enemy, and in a daring move, they flee.

This is the type of book which draws you in with the rich language and writing style that offers escapism for a few hours. I really enjoyed learning about the Quaker life and ‘The Society Of Friends’. It gave me one of those ‘aha’ moments as a memory of my Grandmother popped into my head, of a group she took me to once. I researched The Lady’s Slipper Orchid and found that it is still very rare today. A fascinating story; I would have happily read more about Alice and Richard’s adventures after fleeing for their lives. In a sequel, The Gilded Lily, there is opportunity to learn more about others from Alice’s earlier life.

‘Compelling and intriguing, this is a well-told story full of wonderful prose and surprising events.’ — Romance Reviews Today

When English artist Alice Ibbetson discovers a rare orchid, the lady’s-slipper, she is captivated by its beauty and fragility. It is the last surviving specimen and she wants to paint it and tend it for future generations.

But she is not the only one who wants the flower – a herbalist wants it for its medicinal properties, and a ruthless landowner hopes that, like the tulip craze, it might restore his ailing fortunes. And pitted against them all is Richard Wheeler, the handsome man of new-found faith, whose searing honesty causes more danger than any deceit.

Soon Alice finds herself caught up in a web of danger, treachery and unexpected passion.
A story of drama, intrigue and romance set in 17th century England.

I write historical fiction, a genre I love. I loved the Victorian classics such as Jane Eyre, Lorna Doone and Wuthering Heights. As I child I loved to read and when I had read my own library books, I used to borrow my mother’s library copies of Anya Seton and Daphne du Maurier. I have loved reading historical novels ever since; though I’m a bookaholic and I read widely – contemporary and classic fiction as well as historicals.

In the past I used to work as a set and costume designer for theatre and TV, so I enjoy the research aspect of creating historical fiction, something I loved doing as a scenographer. Each book takes about six months of research before I am ready to begin writing. More details of my research and writing process can be found on my website. I like to write about extraordinary characters set against the background of real historical events.

I live in North Lancashire on the edge of the Lake District, an area made famous by the Romantic Poets such as Wordsworth and Coleridge. 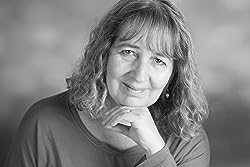