Today’s team review is from Jessie, she reviews at http://behindthewillows.com

Jessie has been reading The Bad Girl by L Donsky-Levine 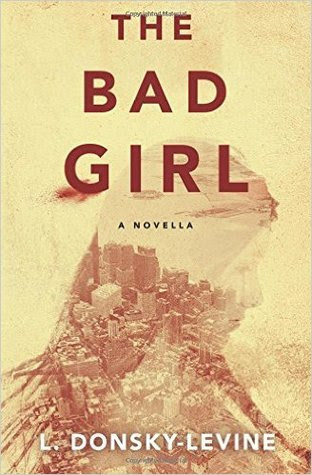 This was hard to read.

It was a conundrum.

You see, as hard as it was to read about a girl attempting to pull herself out of some of life’s most horrible situations, I still wanted to know more about her. This book, a novella really, is complete and full, it doesn’t technically need more. But that’s not stopping me from wanting it to have more.

The jumps in time throughout the story left me, not disoriented, but sad. I wanted to know how she’d been getting along when we weren’t a party to it. I wanted more chapters by the cat, (One of the best cat point of views ever!).  I just wanted… more.

Would I recommend it? Ehh… Umm… Er… It was good, in a dark, gritty, shocking sort of way. But along with the grit is a measure of hope, love, a portrait of New York City in the 70’s and an awful lot things to mull over when you’ve put the book down.  I’m glad I read it but I wouldn’t hand it to you until after we had chatted about it for a bit. 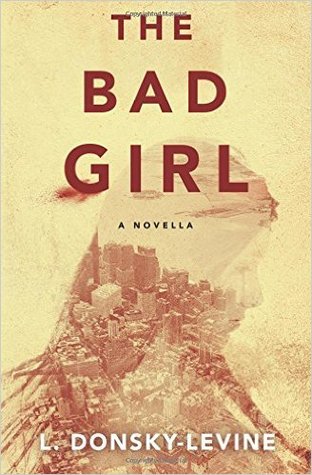 Today’s second team review is from Cathy, she blogs at http://betweenthelinesbookblog.wordpress.com

Cathy has been reading The Bad Girl by L. Donsky-Levine

Although this is a novella it packs a huge emotional punch. It’s a dark look at one very damaged girl’s fight to survive in 1970s New York. Riley Madison works in The Deuce, an area of Manhattan well known to the police and those who liked to indulge their individual pleasures. At just twenty-two, Riley does what she has to in order to survive. Her life has been a series of horrendous situations and, emotionally scarred, she can’t envisage herself ever having a better life. Despite it all, she endures.

The story is told mainly from Riley’s perspective but opens with Samson, Riley’s cat, her best and only friend, apart from the other stray cats she has collected, which serves to highlight her isolation and loneliness, unhealthy lifestyle and total lack of self-worth.

A turning point presents itself after Riley’s heartbreakingly sad existence takes a decidedly downward spiral. She visits the animal shelter with Samson and meets Bennie Sadowski again. But things get a lot worse for Riley before they begin to get better.

An extremely well crafted story, very poignant, powerful and moving, which had me choked up by the end. The plot and characters are wonderfully written with depth and realism. I can see how events could easily unfold in the way they are portrayed. The very striking comparison between the absolute best and complete worst of humanity is showcased by Bennie and Fitz, who is a Vietnam survivor. Two men who, despite their own problems, do their best to help Riley. Even though the story is brutal in parts there are lighter moments and flashes of humour. I enjoyed the character driven narrative, the excellent writing and the different slant the author takes on the subject of abuse. Look forward to more from L. Donsky-Levine.