Terry has been reading Kai by Michelle Abbott 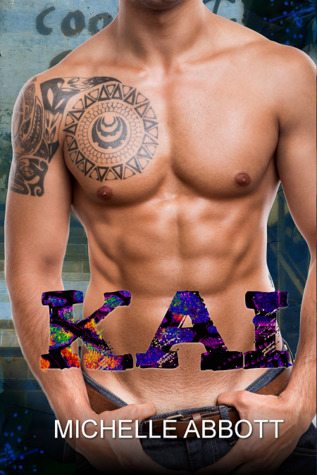 This story is nicely written, flows well and is very readable; I like the author’s writing style.  The book starts with Lily, who works in a supermarket, discovering that her wages have not been paid into her bank.  The calamity is well written, drawing the reader into Lily’s world straight away, though I had an issue with this part: although it would leave her with no food for four days, she rejects the offer of a loan from her manager and chooses to spend her last seventy pounds on paying her electricity bill.  Who can go four whole days with no food?

We then meet Kai, dope dealer with a heart of gold, who is very appealing; I can see that he’s a great hero for a book aimed at a young adult age group.  Lily then meets her neighbour, Jackie, who is smoking a joint; it’s medicinal, for her MS.  I had another slight issue with this, too.  Lily automatically assumes that Jackie is a ‘drug addict’, because she’s smoking weed.  I would have thought that, as she has been an art student, she’d have a slightly more worldly attitude towards such things, unless art students have become a lot more clean living since my day!

I thought some of the issues raised were well done, such as Jackie’s son refusing to go to school, and I liked Kai’s bond with his mother and how he wanted to do whatever it took to make a better life for them.  The private, inner conflicts faced by Kai and Lily were nicely written, though I did wish the two characters’ ‘voices’ had been more clearly defined; they both used the same speech patterns and language, had the same tempo and mood.  The book was not as edgy as I expected from the blurb, but I expect that is because it is written within the confines of that which is suitable for the target market, and who, I imagine, will like it very much.

My name is Kai Okamoto. I deal drugs. Trade escapism for cold, hard cash.
Born to a British mother and a Japanese father, I grew up poor, hungry, and alone. Hiding from the monsters at our door. The debt collectors.
I’ve worked hard to escape my past. I’m not that frightened little boy anymore. I’m wealthy, secure, and sure of myself. At least I was, until I met Lily.
Lily is a good girl. The kind of girl I should stay away from. I should, but I can’t.
I hate lying to her, but if she finds out who I am, what I do. I won’t see her for dust.
A standalone, bad boy romance, set in England. 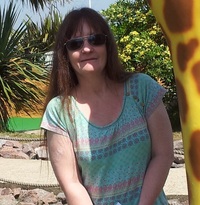 Michelle Abbott lives in the UK and hates describing herself in 3rd person.
She’s a self-published author of new adult romance, and likes to write about heroes who begin as the underdog and are protective of their girl.
She’s an avid reader of romance, is addicted to coffee and loves wine and chocolate, so yeah, not the most healthy eating and drinking habits 🙂 She spends way too much time online when she should be writing. She collects teddy bears and occasionally knits a couple of rows on a sweater she started years ago, which she may eventually finish in time to wear for her funeral.