Today our guest on the blog in author Paul Collins.

I am from Toronto, Ontario Canada.

From the fall of 1989 to 1991, I started to study writing when I left full time high school to take part time English courses to get into university. From 1991-1993, I did not write, but studied literature at York University. When I left full time studies, in 1994 I took a non credit creative writing course at Ryerson University. This led me to enter the part time film program, which went on from Fall 1995 to spring 1997. In that two year program, I took screenwriting 101 and learned the structure to write a feature length story. Life stepped in and I left Ryerson and went on to direct some commercials, be a part of a radio show that lasted from February 2000 to April 2001. The following year, I directed a documentary on youth violence called Just Talk which went on to be screened in Briton England. Somewhere, before, or after the radio show, I wrote a manuscript called Prescience Rendezvous. I got it published in 2003, but it was published as is. No editing. No proofing. No residuals. Getting this book out scored me a TV interview on CTV’s Web Mania at https://www.youtube.com/watch?v=imOX-Dl5OPQ . Prescience Rendezvous got the ball rolling for the book endeavour. To answer your question, I see writing as a side interest. It began in 1989 and for some crazy reason, I would always go to it on my own without anyone telling me to do it. It just seems like a natural thing to do. I see it as cheap therapy!

3) Tell us about your style of writing, I believe you like to mix up the genres.

I read classic lit. I am a lit snoot too. Dickens, Hardy, Theodore Dreiser, Sinclair Lewis, and others is where you will find me. When I write, however, I write when I get bored and my mind wanders and that is where fantasy becomes part of the equation.

4) Tell us about your book called “Mack Dunstan’s Inferno”

Mack Dunstan’s Inferno was inspired by Bowling For Columbine, where Michael Moore challenged Charlton Heston on his role in promoting guns in the face of youth violence. The Heston Estate forbade the use of Heston’s name and image. I then changed the name of the lead character in my work to Mack Dunstan and the book title was renamed Mack Dunstan’s Inferno. This work is about a Charlton Heston type character who descended into hell and met victims of his pro-gun policy.

In fact, Mack Dunstan’s Inferno began with Mack Dunstan going through and experiencing the death process.  As he journeyed, he met Virgil, who guided him through hell, heaven, and eventual illumination.  In his journey, Mr Dunstan met the many victims of his pro-gun policy.  Many were Hispanic and African-Americans, all of whom were from the poorer classes.  It was in this scenario of the underworld; Mr Dunstan was confronted with the many sad and tragic stories, leaving him to go through the process of releasing his guilt, anger, and eliminating his ego.

Mr Dunstan, however, did meet a lot of celebrities in his journey of the underworld.  Some were from the silent era, golden age of cinema, and classic, American TV shows.  Mack Dunstan’s Inferno was not only a satire on those who enjoy distinction in the modern era, but a parity, or update, of The Divine Comedy.  Within in the perimeters of fiction, I satirized the so-called pillars of the communities and media darlings.  I used my position as scribe to make fun of present actors, dead actors, present/past members of the political and business elite. Therefore, instead of mentioning long, dead ancient figures of history, I would include Kelsey Grammar, Sally Struthers, Barbra Streisand, Joan Rivers and her daughter Melissa, and even included JK Rowlings.  To add another dimension to this story, I made sure Mack Dunstan’s Inferno does not promote a dogmatic, Christian belief system, but an Eastern point of view.

5) What can we expect to read about in your work entitled “Mystery of Everyman’s Way”?

Mystery of Everyman’s Way is about a physics professor at Oxford, who gets kidnapped by astronauts from another level of reality, and they take the main character back to their society where they place the main character into a holographic type existence, where he is the other man in a royal marriage battle. If the marriage ends, the holographic existence will destroy itself!

6) How can readers find out more about you and your work?

I supply articles and stores to http://angiesdiary.com/author/authorpaulcollins/ . I also conduct author interviews, all to promote the books.

7) What is your next project going to entail?

For the last 13 years I freelanced as a permantee grip for IATSE 873 and Nabet 700 SEP film unions.  I thought about my experiences and wrote a fictionalized story on the people I worked with along the way. It is not fantasy but I thought I give it a try! To promote the books, I even wrote and directed some PSA’s. I hope to put more up at https://www.youtube.com/my_videos?o=U .

Mack Dunstan’s Inferno and Mystery of Everyman’s Way can be purchased at http://www.amazon.com/Paul-Collins/e/B003LRE5F0/ref=ntt_athr_dp_pel_1 , or buy Mack Dunstan’s 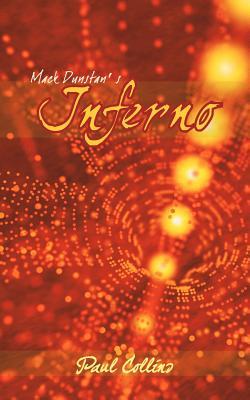 Thanks so much for the interview. All the best!

My guest author today is Sarah Cradit, Sarah talks about recently re-reading one of the Harry Potter books. This household loves Harry Potter, we’ve all read the series, I think I’ve read the series 4 times now! We have all of the films and I think the kids know the words off by heart! On New Years Eve we visited the Studio tour here in London see my post http://wp.me/p2Eu3u-6C We can’t persuade any of our friends to help us finish eating our packet of Bertie Bott’s Every Flavour Beans!

3)When did you start writing?: I started writing when I was 7; I wrote a bunch of short stories that were actually somewhat inappropriate for school and my parents got called down to the office. This was the start of the marriage between my imagination and a pen.

4)What type of books do you like writing the most?: I generally write mainstream fiction, with a special focus on the human condition. Why do we do what we do? It’s not black and white, and its important to me to have character-driven stories that reflect that.

5)Pass on 3 tips about writing or publishing.
1. When I am having trouble finding inspiration, I will force myself to rigid word count goals. It sounds counter-intuitive to the creative process, but it actually, for me, does just the opposite; forcing me to write helps me get back into that process.
2. Free-writing is another way I’ve gotten over the writer’s block hump. Setting a timer and writing, without stopping at all, until the timer stops often brings out subconscious thoughts that help me advance my story. This is how I found the end to my first novel.
3. Most of us have trouble turning off our inner editor when writing; to appease mine, I often highlight the pieces I am having troubles with, or make minor notes (like: “this needs to die a slow death”), so that when I come back for edits I know which spots needed my attention most.

6)What was the last book that you read? How would you rate it?
I most recently re-read Harry Petter and the Half Blood Prince. I would give i an 8/10. There are not many Children’s authors that can write simply enough for children, but engaging enough for adults. Rowling is a master storyteller…her writing is just “so so”but I can’t decide if that’s because of the audience or skill. I’d like to read her adult stories for comparison.

The story itself is filled with suspense…it’s the final transition for Harry into adulthood and there’s no longer any doubt that evil has a real chance of winning the battle. I like that Rowling does not shy away from dark topics, like death and loss, because these experiences are what shape Harry and allow him to do what he needs to do in the next book. I’m always surprised at some of the criticism her stories get.

7)Now choose just one of your books and add a link to it.
St. Charles at Dusk: http://www.amazon.com/Charles-House-Crimson-Clover-ebook/dp/B005RT0ZKE