Judith has been reading Inceptio by Alison Morton 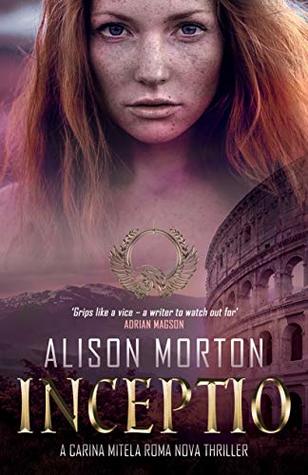 I need to say from the start, that I may not have been in the right frame of mind to read what, to me, is a book with a complex and fantastical plot.  I wanted to like INCEPTIO; I started off really enjoying the book but as I read on I found the plot erratic; sometimes dragging, sometimes rushing by. So I struggled to be totally engaged with the story.

Told mainly from the point of view of Karen Brown, a modern New York resident, it is to the author’s credit that the protagonist is quickly built into a rounded character and it is easy to empathise with her in the rapid change in her circumstances. But, as the story progresses it becomes quite obvious that Karen,  soon renamed Carina Mitela as the most important resident of Roma Nova, wasn’t going to be beaten by any antagonist nor fail in any of the tasks she was given to complete. I felt there  were too many (and sometimes what I thought were ‘tongue in cheek’ ) attacks on the protagonist, designed to persuade her to sign away her  inheritance of vast amounts of money and, more importantly, a very successful business before her twenty-fifth birthday.

I did like the way the author built up some of the other characters: Karen/ Carina’s grandmother, Nona/Aurelia, the attractive, soon to be lover, Conrad. (I would have liked more time spent on the building of the relationships between the protagonist and these two characters – I am always more won over by character-driven tales ). And I also enjoyed characters such as Lurio, Apollodorus and Aelia. Even the antagonist, Renschman (told from a third person point of view, so we were a little distanced from him but could still see, if not empathise, his mindset – he has personal reasons for hating Karen) had his moments of depth were true evil for me. Of necessity there needed to be a lot of characters to populate this alternative country. But I did find myself shuffling back and forth sometimes to find out who fitted where.

Must admit though, I did like the idea of a country where the women ruled and called the shots!!

One of Alison Morton’s strengths is dialogue, both internal and spoken; there is never any doubt which character is speaking, even without dialogue tags. Yet even here I tended to be pulled out of the story by the constant use of Latin (Yes, I l know it adds to the validity of the country but still… . I have to confess this might have brought back too many memories of the language from a certain teacher in my schooldays! Don’t ask!!)

There is a lot of dense detail and some quite long descriptions of the fictitious state of Roma Nova. These build up a good sense of place of this civilisation that exists as a left over land of the long ago Roman Empire. Interesting- but I found they slowed the plot for me and I have to admit I did skip over some of them. And I found some of the narration, in parts, also dragged a little.

Loved the cover, by the way. I see this is a theme throughout the Roma Nova Thriller series.

Would I recommend? Well, yes to readers who enjoy alternative historical fiction with lots of action and lots of description.

Having written this review and then gone onto Amazon and seen how many 5* this book has been given, I think I’d like to read more of  Alison Morton’s work. Perhaps this just wasn’t for me at the moment

INCEPTIO plunges you into a 21st century Roman world. Apart from kidnapping, heartache and a close encounter with Latin grammar, New Yorker Karen Brown must contend with a fascinating Praetorian elite forces officer. Oh, and a crazy killer pursuing her for a very personal reason.

Karen flees to her dead mother’s homeland, Roma Nova, the last remnant of the Roman Empire. Founded sixteen hundred years ago by Roman exiles and now ruled by women, it gives Karen safety and a ready-made family – but at a price.

In this adventure thriller set in an alternative timeline, Karen grows from a girl anybody might know into a strong female character not only intent on staying alive but also on finding out why the killer is hunting her.

A coming of age story, where an ordinary girl discovers there is a great deal more lying under her mundane existence, but also lethal danger. At what stage does she stop running from it? 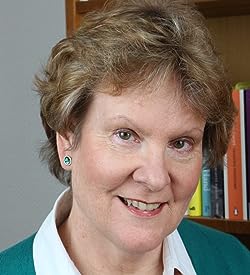 Jessie has been reading Inceptio by Alison Morton

If you are looking for insight into what it might be like to live in an alternate reality in a civilization founded by Romans and ruled by women, this book will touch on that.

If you are wondering how it would be to step from a nobody into the top tier of society, this story flirts with that.

If what you really want is to read a book where, when circumstances get scary and difficult, a woman trains hard, becomes awesome and then kicks butt, this is your book.

Would I recommend it? I was almost disappointed there wasn’t more insight into the different culture the main character finds herself in. Almost. But I couldn’t be at all disappointed because I was too busy turning pages. This story had me hooked!

But the enforcer has crossed to Europe to pursue her. Unable to rely on anybody else, she undergoes intensive training, develops fighting skills and becomes an undercover cop. But crazy with bitterness at his past failures, Renschman sets a trap for her, knowing she has no choice but to spring it.. 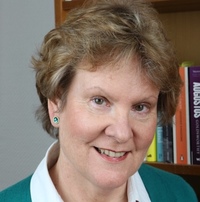 Just imagine if ancient Rome still existed day! I was looking forward to reading this book because I enjoy Roman history and I was excited to see how the author would bring it in to the modern day. I wasn’t disappointed! It was a great read; suspense, mystery, romance, it was thrilling, well paced and a great read. Like many readers before me I was enticed to believe that Roma Nova could exist today and would be a European holiday destination. The heroine was someone to love and support and I look forward to reading the next book in the series.

New Yorker Karen Brown is caught in a tangle of hot foreign agents, vicious maniacs and tough families. Running for her life, she flees into the alien culture of Roma Nova, the mysterious last outpost of the Roman Empire in Europe. Apart from kidnapping, heartache and a close encounter with Latin grammar, she must contend with a fascinating but arrogant Praetorian special forces captain.

Plus a crazy killer wants to terminate her for a very personal reason.

Roma Nova is Karen’s dead mother’s homeland. Founded sixteen hundred years ago by Roman exiles and now ruled by women, it gives her safety, a lover and a ready-made family – but at a price. And the enforcer is still pursing hers her. Desperate to find out why he is hunting her so viciously and unable to rely on anybody else, she undergoes intensive training, develops fighting skills and becomes an undercover cop. But crazy with bitterness at his past failures, the enforcer sets a trap for her, knowing she has no choice but to spring it.

Part action adventure, part military thriller, laced with romance and coming of age, this is Roman fiction brought into the 21st century through the lens of alternative history and driven by a female protagonist with heart and courage. If you enjoy thrillers and mystery books for women with twists, this is for you!

Alison was recently a guest on the Romancing September tour, if you are interested in finding out more about Alison and her writing click here http://wp.me/p2Eu3u-2u4