Dark Star is an historical fiction spy thriller set in Europe between 1937 and 1940.

As Europe struggles to avoid another war, we meet André Szara, a Russian journalist recruited by a Soviet secret intelligence agency and placed in Paris. He enlists the owner of a factory in Berlin which supplies crucial parts for Germany’s war-planes and sends the monthly production figures back to Moscow. However, he’s never sure if the agent has been compromised and if his figures can be trusted.

Any good spy thriller will be complex and the mix of Russian and German intelligence agencies added extra layers to the story. With an intricate plot, this book needed my full concentration to keep up with the secrets. I liked how Furst painted a harsh picture of life, showing just how precarious and precious it can be.

The story uses Szara’s journalist cover to send him across Europe and I particularly enjoyed the parts that took place in Poland and later when he went off-grid. The horrors of war and life felt very real and it was easy to understand how people grabbed at moments of happiness in the insanity which went on all around.

Andre Szara, survivor of the Polish pogroms and the Russian civil wars, is a journalist working for Pravda in 1937. War in Europe is already underway and Szara is co-opted to join the NKVD, the Soviet secret intelligence agency. He does his best to survive the tango of pre-war politics by calmly obeying orders and keeping his nose clean. But when he is sent to retrieve a battered briefcase the plot thickens and is drawn into even more complex intrigues.

Szara becomes a full-time spymaster and as deputy director of a Paris network, he finds his own star rising when he recruits an agent in Berlin who can supply crucial information. DARK STAR captures not only the intrigue and danger of clandestine life but the day-to-day reality of what Soviet operatives call special work. 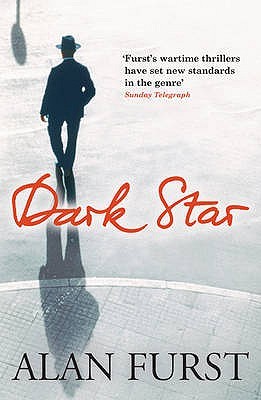 Picked up this litter in less than 30 mins. #keepingbritaintidy #pickinguplitter #litterpicking #plasticfreejuly #hampshiregirl
'Small Forgotten Moments is the story of Jo Mckye, an emerging artist celebrating her debut exhibition. But her fictional subject, Zenna, has become an obsession. We see Zenna infiltrating every part of Jo's life and her unconscious as Jo increasingly struggles with telling the real from the fictional. She is driven to return to her childhood home and learn about her past in an effort to understand Zenna's origins, and try to rid herself from this malevolent influence.'
Yellow orange flowers 💐 not quite sure of their name. Anyone have a suggestion? #yellowflowers #orangeflowers #gardenflowers #urbangarden #countrygarden #hampshiregarden #lovegardens
Drag, Songs, Friends, Laughs, Lies, Danger & Redemption - a story set in a gay bar in Magawatta, Indiana.
'A biography of the life and works of the man who created Middle Earth.'
New Tasty Good Reads! Books and Cheese from Fromage and Fiction in conjunction with Cheese Cuisine. @cheesecuisine @fromageandfiction
'A close-knit group of friends set off on a hike in the remote, mountainous Tsitsikamma region of South Africa. Three couples, one father and his daughter. From the beginning there are problems; one person falls ill, and another takes no notice of the rangers' weather warnings, leaving them stranded in various locations.'
When you are on day 12 of isolation because you have two family cases overlapping, surprise flowers from a friend mean the world! #surprisedelivery #friendship #friendsmeaneverything
A little treat for myself. Bought from https://moteefe.com/store/garden-lovers