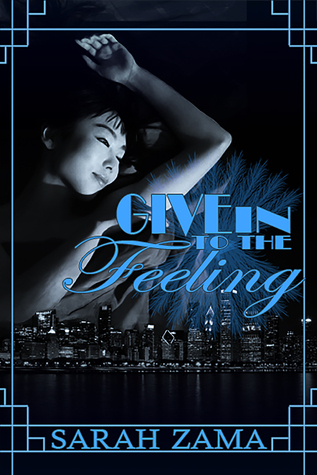 Give in to the Feeling by Sarah Zama

This is an interesting and unusual novella, set in 1920s Chicago, mostly within a speakeasy. Susie (really Su Xie) is a Chinese girl who has been sent to America by her parents (all is explained) and ends up living with ‘Simon’, the owner of the speakeasy and a gangster (this is implied, rather than stated). She dances for him and his customers each night; she belongs to him. Then one night she dances with the mysterious Blood, and knows that he is the person she must be with.

The atmosphere is well set, the emotions most convincing, and I liked the rather offbeat way in which it’s written. I noticed that the author is Italian; sometimes the English is not quite right, with strange word choices or slightly incorrect ways of expressing things, but, oddly, it works well with the style of the story and subject matter. I think it actually adds to it, peculiar though that may sound. The story has a strong supernatural element, as not everyone in it is one hundred per cent human.

After about half way through I began to find it a tiny bit repetitive where the feelings of the characters were concerned, and I think I preferred the earlier parts where the supernatural side was hinted at, rather than made obvious. But I enjoyed reading it, and there’s an interesting addition in the back: a chapter from the first person point of view of Susie, about how she felt when she was forced to leave China. There is also some information about speakeasies.

I think lovers of the supernatural would like it very much.

Find a copy via Goodreads