Today’s team review is from Judith W, she blogs at https://readandreview2016.wordpress.com/ 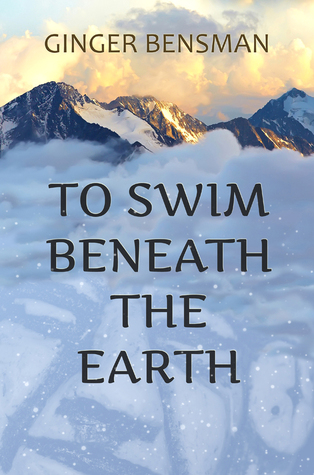 To Swim Beneath The Earth is a novel by Ginger Bensman about one woman’s extraordinary discovery. To take a quote from the book, the protagonist, Megan Kimsey, is ‘the girl from Colorado who thinks she’s an Inca’. Following the death of her father, Megan embarks on a journey to work out exactly who she is and how she knows so much about Inca culture.

The insight to Inca history, culture and religion was really fascinating, especially for someone like me, who mainly reads classic English novels. Bensman clearly knows this subject area well, and the themes of archaeology, mystery and ancient history reminded me of the India Jones films, which I really enjoy watching.

However, I did find this book confusing at points. The frequent use of Spanish and Quechua, the archaic language of the Incan Empire in the 16th century, with infrequent translations made it difficult for me to follow all of the dialogue. Furthermore, the flashbacks and drug-induced hallucination scenes made it tricky to stay completely focused on the storyline.

I’m intrigued by the choice of title, To Swim Beneath The Earth, although I couldn’t find the meaning behind it within the story, which I like to be able to do. I would love to hear other readers’ ideas about where this title may have come from.

Therefore, if you like exciting archaeology or mystery and history, I think you will enjoy To Swim Beneath The Earth.

To Swim Beneath The Earth is available to buy as an e-book or paperback from Amazon.co.uk and Amazon.com