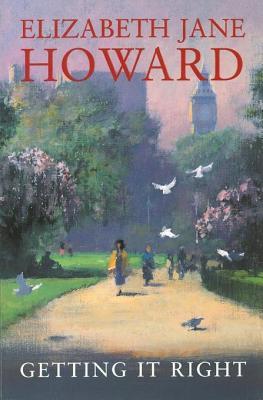 Our Avid today is Julia and here are her thoughts.

I don’t believe in recommending or reviewing a book by giving a detailed recounting of the story, but suffice it to say that this is the story of Gavin, a shy hairdresser who lives with his parents, and his friends, family and forays into romantic liaisons.
EJH is the master of ‘show, don’t tell’.  I’ve known her to give a complete description into a minor character who doesn’t even have any lines, just by his actions. This book contrasts the social pretensions of various English class types, and gives great insight into loneliness, emotional insecurity, anorexia, and a vast spectrum of feelings. I felt that all the characters were completely believable, and really felt for some of them when they were going through great turmoil.  Having said that, the book is overall very funny, and there are some scenes that I could and have read over and over again, notably Mrs Lamb’s Sunday breakfast.
I hope that anyone persuaded to read this book will like it too.  I’ve lent my copy out twice, and have bought it again after giving it away also!
Book description
Getting it right was not Gavin Lamb’s forte, at least where human relationships were concerned. In the hairdressing salon, he was an expert with the tools of his trade. But back at home with his mother, it was quite a different matter. He didn’t know how to deal with women since he was a prototype late developer. But after Joan’s party, he would never be the same again…
Find a copy here from Amazon.co.uk or Amazon.com
We welcome recommendations especially from non-authors for this feature, and would love to hear from anyone who would like to leave a comment and follow the blog.