Jump on board the mystery book tour bus and enjoy the ride. 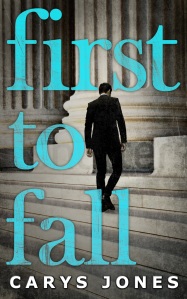 Aiden Connelly’s first case will be one he’ll never forget.Lawyer Aiden Connelly has traded the frenzy of Chicago for a slower pace in sleepy Avalon – and his first case appears to be as open-and-shut as he could hope for. Hired to defend a local ex-beauty queen accused of murdering her husband, he’s confident that he’ll have the case closed in record time. But below the surface lurks a darker truth…Suddenly, a quiet backwater has transformed into a dangerous pressure cooker. In a town where everyone knows everyone, gathering evidence should be easy… but the harder Aiden searches, the more he appreciates how tangled this net of loyalties is. And as he digs deeper, Aiden begins to realise that his very first case in Avalon could be the beginning of his undoing…

I live in Telford, Shropshire.

I’m particularly drawn to how character’s respond to a mystery. How an unresolved death or murder can change those closest to the victim. I’ve always loved stories that pack a real emotional punch which I think mysteries do.

First to Fall is an emotional thriller revolving around a mystery in a small town.

It’s set in Chicago, America and also a fictional town called Avalon which is rotten with secrets.

The main character in the book, and also the Avalon series, is Aiden Connelly. He’s a young lawyer who has relocated his family to the small town of Avalon in the hope of finding a quieter life there. But what he discovers is a town full of closed doors and closely guarded secrets.

Aiden is always trying to do the right thing but this desire often leads him in to bad situations. He’s a character who I love to write as he has many flaws but also so many redeeming qualities. He’s complicated but in his heart he’s a good person and that’s what all his actions tie back to.

And also my blog; http://carysjonesauthor.blogspot.co.uk/