Remarkable Creatures is historical fiction set around the true life of Mary Anning.

Set in the early 1800s, this story is about an astonishing young woman who discovered dinosaur fossils at Lyme Regis on the Dorset coast in Southern England. At an early age, Mary was taught how to find the fossils by her father, but he died when Mary was quite young, leaving her family to rely on selling Mary’s fossils to tourists as their primary income.

It was when Mary discovered much larger fossilised specimens that men of science really began to take note. However, they refused to acknowledge Mary for her finds. In the end, it was her friend, Elizabeth Philpot, who helped Mary get the recognition and remuneration to which she was entitled.

I love this part of Dorset, which is now known as the Jurassic Coast. I’ve been fossil collecting there myself, so this book really appealed to me. I don’t remember reading about either of these two ladies before, but I shall definitely look out for them in museums and local places when I next visit the area. This was a fascinating piece of fiction.

In 1810, a sister and brother uncover the fossilized skull of an unknown animal in the cliffs on the south coast of England. With its long snout and prominent teeth, it might be a crocodile – except that it has a huge, bulbous eye.

Remarkable Creatures is the story of Mary Anning, who has a talent for finding fossils, and whose discovery of ancient marine reptiles such as that ichthyosaur shakes the scientific community and leads to new ways of thinking about the creation of the world.

Working in an arena dominated by middle-class men, however, Mary finds herself out of step with her working-class background. In danger of being an outcast in her community, she takes solace in an unlikely friendship with Elizabeth Philpot, a prickly London spinster with her own passion for fossils.

The strong bond between Mary and Elizabeth sees them through struggles with poverty, rivalry and ostracism, as well as the physical dangers of their chosen obsession. It reminds us that friendship can outlast storms and landslides, anger and jealousy. 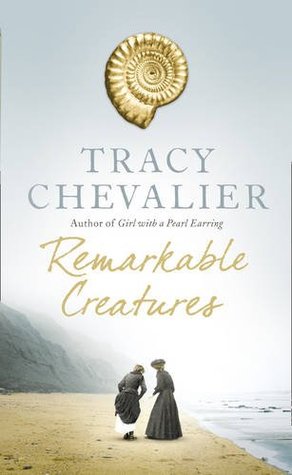