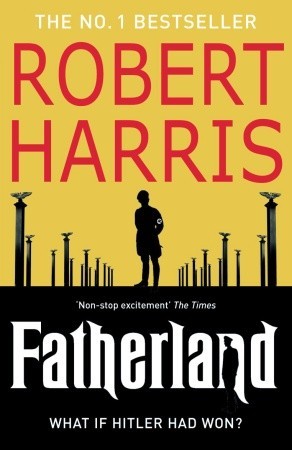 A very unusual background for this mystery novel.  I nearly gave up several times,  I kept going back to the beginning to check the dates of events it just did not make sense.  Then I twigged!!  It was set in the 1960`s but assuming that Germany had won WW2.  Life had not moved on, all the restrictions were as they were in the war, outside world influence was minimal.  Worth a read but understand what you are reading before you start.

Fatherland is set in an alternative world where Hitler has won the Second World War. It is April 1964 and one week before Hitler’s 75th birthday. Xavier March, a detective of the Kriminalpolizei, is called out to investigate the discovery of a dead body in a lake near Berlin’s most prestigious suburb. As March discovers the identity of the body, he uncovers signs of a conspiracy that could go to the very top of the German Reich. And, with the Gestapo just one step behind, March, together with an American journalist, is caught up in a race to discover and reveal the truth – a truth that has already killed, a truth that could topple governments, a truth that will change history.