Today’s team review is from Elanor.

Elanor has been reading Mississippi Missing by Laura Engelhardt

This is a luscious, playful fantasy with an enchanting cast.

Middle-aged Mary finds herself transformed into a river nymph. She uses music to communicate with all bodies of water and sings life-changing spells. She is simultaneously one of the most powerful magical beings in a world thronging with magical races, and a complete newbie in their society. When the soul of the Mississippi River vanishes, she sets out on a quest to find and return it, navigating the tricks and allegiances of the fae who try to help or hinder her.

Laura Engelhardt draws on a history of fae characters, like Titania and Morgan le Fay, but her world is fresh and inventive. The faerie lords pitch between playful jester types and dangerous trickster gods – I particularly enjoyed the frog prince Kresimir, who accompanies Mary on her journey.

The world of the book is suffused with sensory magic, affecting the characters’ appearances, dress, environment and perceptions. Engelhardt writes beautifully of music, colour and nature in a way that is both vivid and totally fantastical.

I didn’t always know what was happening with the back-story of the world and the magic, particularly in the first half of the book. That’s not uncommon in a fantasy – but some readers have more tolerance for this than others. (The book is described as standalone, but Engelhardt has published two previous novels set in this world, which I haven’t read… yet!). It definitely swept me along. I loved the tension of Mary trying to hold onto her own voice against the tumult of big characters and current events, and the outcome is really satisfying.

When mages hijack the Mississippi, it’s Mary’s job to get it back

Mary was a mundane middle-aged woman adjusting to her role as an empty-nester when she drank from a magical chalice and became fae. A few months later, she’s still adapting to her new life when the Mississippi River suddenly disappears.

The only river nymph left, Mary sets out to find it. A were-jaguar, frog prince, and multiple fae lords entangle themselves in her quest, turning what should have been an exciting adventure across the American Midwest into a treacherous journey fraught with ancient magick, twisted faerie “games,” and even a glimpse into the Hereafter to see what awaits on the Other Side.

Mary is determined to rescue the river, but isn’t sure she’s ruthless enough to become an avenging faerie. Can she save the Mississippi’s soul without sacrificing her own?

Mississippi Missing is a standalone novel set in the contemporary fantasy world of the Fifth Mage War. It’s a spiritual story of new beginnings, a heartfelt tale of remaining true to yourself, even when you don’t know who you are.

Today’s team review is from Jenni. She blogs here https://jenniferdebie.com/

Jenni has been reading Asperfell by Jamie Thomas

Before we begin, I should announce two very important facts: Jamie Thomas’ Asperfell has a sequel, The Forest Kingdom (2021), and that sequel is already out and available for all the impatient binge readers out there.

Now, may we carry on with the review?

Asperfell opens with the assassination of a king and the subsequent punishment of his assassin, as seen through the eyes of our narrator, Briony Tenebrae. What follows is a tightly knit political drama as the royal court of Tiralaen devolves into a viper’s nest of corruption and suspicion, driven there by the unbalanced young king who sits on its throne and his fear of Mages. This fear, in turn, spawns from the old king’s death at the hands of one of Tiralaen’s most promising young Mages, the former heir apparent and new king’s older brother, Prince Elyan. Briony serves as the reader’s eyes and ears to this devolution and through her lens we feel every fresh cruelty of this growing police state.

The titular Asperfell, in turn, is a parallel world to the one Briony and all of Tiralaen inhabit. It is the place where Mages who have broken the kingdom’s laws, or simply existed outside the king’s control, are banished to. In Asperfell, exiled Prince Elyan now rules over the worst and most powerful Mages of Tiralaen, and it is to Asperfell that Briony must venture if she wants to save her home.

Does that sound complicated?

If you are looking for a tidy fantasy world full of straight forward character relationships, motivations, and resolutions, look elsewhere. Asperfell and Tiralaen are not realms for the faint of heart. Here, the usual trappings of fantasy worlds, glittering castles and courtly manners, only mask the growing rot at the heart of both realms; rot beautifully encapsulated in a single, pivotal scene described by Briony in hindsight as just one instance to epitomize the king and his court’s descent into barbarism.

With a deft hand, Thomas weaves her narrative through court intrigue, a child’s wonder, fell magic, and a young woman’s growing understanding of her own, perilous position. Crackling with energy and full of complex, stunningly rendered characters, Asperfell is a knockout of a first novel and a compelling opener for what promises to be a powerful trilogy.

Only the darkest and most dangerous of Mages are sentenced to pass through the gate to Asperfell.

Not one has ever returned.

Never did Briony dream she might set foot in the otherworldly prison of Asperfell. She was, after all, neither Mage nor criminal. She was simply her father’s little whirlwind—fingers smudged with ink, dresses caked with mud—forever lost in a book or the spirit-haunted woods surrounding her family’s country estate.

But Briony always had a knack for showing up where she was least expected.

Only by braving the gate of Asperfell could Briony hope to find the true heir to the throne of Tiralaen and save her kingdom from civil war. And so, she plunges into a world of caged madmen and demented spirits, of dark magic and cryptic whispers… and of a bleak and broken prince with no interest in being rescued.

Hauntingly beautiful and lavishly told, Asperfell is a must-read for fans of Jane Austen who always wished she’d dabbled in blood magic. 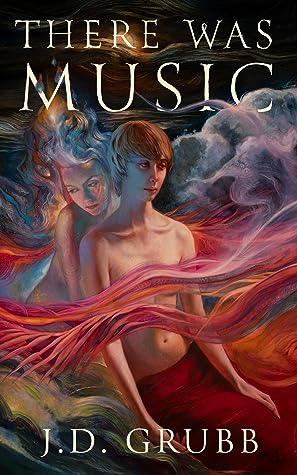