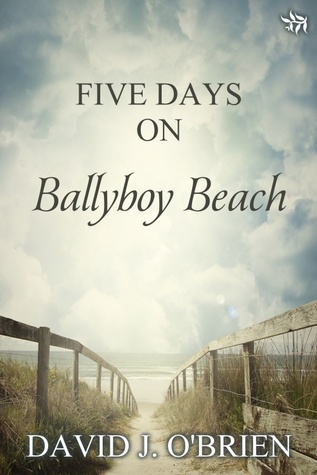 Sometimes however far and wide you’ve looked for love you end up finding it with the one person who has been right in front of you for years. This is the realisation that comes to Derek when he goes on a camping holiday with the rest of his college friends. Unfortunately, Derek is not entirely free, in fact his girlfriend is coming to join the group for the weekend.

Derek is a laid-back graduate, more of a watcher than a doer and he prefers to kick back and watch his friends, Sarah, Sinéad, Bill and John get on with the surfing, canoeing and scuba-diving they have come to do. Ana, his girlfriend comes to join the group for the weekend but mentally he’s already moved on.

This is the gently paced story of a group of friends who know each other very well and love spending time together. Written from Derek’s point of view, which is an interesting male perspective on life and love at times, we get to see how the different characters interact with each other.

If I have a criticism with this book it is that there is too much irrelevant detail, particularly about all of the characters at the beginning, which slows the read down. However, as the story moves on there are revelations made within the group, other than what is happening between two of the party, and when tragedy strikes the friends have to pull together.

This is an easy read set in a beautiful place, that I would love to visit, and I enjoyed experiencing the scenery, nature and well-worn friendships viewed through Derek’s eyes.

In this light, nostalgic story set in rural Ireland, Derek and his four best friends from university (John, Bill, Sarah and Sinéad) spend five days camping together, to be joined by six more on the second night. Amongst those expected is Derek’s current girlfriend, Ana. Although he is looking forward to having someone to sleep with, Derek would rather she wasn’t coming; he has decided he is in love with Sinéad.

This is an easy, relaxing sort of book, and has some pleasing detail of the flora and fauna of the surroundings, which, I imagine, is written from the author’s experience. The prose itself flows nicely, is well put together as far as sentence structure and grammar are concerned, and I liked the philosophical ponderings of the main character.

On the whole, alas, I’m afraid I found the book a little flat. The first twenty per cent-plus is an account of how the five spent their first night and next day on holiday. O’Brien introduces the characters by saying which companies they work for and where they come from, etc, and by giving the reader a run-down of their character traits. I thought their personalities would have been better illustrated by sharp, character revealing or amusing dialogue, or some conflict; as it is, the dialogue is just chat, the narrative a no more than a mildly interesting snapshot of a group of young people spending time at the beach and going to the pub in the evening. When the six other people turn up there are six more passages about home towns and employers and character traits. Sadly, I found few of the eleven personalities distinguishable from one another.

The book does pick up after about thirty per cent, with a little more plot: Derek’s romantic/sexual quandary, a confession by one character and some discord between another couple. However, I didn’t feel the potential of any of these situations was fully explored. A catastrophic event happens near the end, but even that is dealt with in a mild sort of way only.

I’m sorry not to be more positive; the book is pleasantly written and does have a certain charm, but there is far too much mundane details all the way through, and not enough depth or character development.

Derek, on holiday on a beautiful Irish beach with his old university friends, realises he’s in love… but not with his girlfriend. Over the course of five days, Derek’s life is irrevocably changed as friendships are tested and reality bites.

The characterisation was brilliantly done, the dialogue realistically teasing and probing, and the plot emotional, packing quite a punch. A great little read. 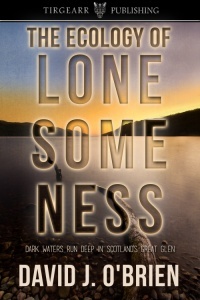 The Ecology of Lonesomeness

A quick trawl through Amazon reveals any number of novels on the Loch Ness Monster. But I bet there are few like David O’Brien’s which mixed scientific expertise with a romance.

The descriptions of the Scottish countryside are almost so good I could draw a picture without having to refer to an actual picture. I could feel the chill air, see the wind playing over the lake and smell the fish and chips at the Canalside Fish and Chip shop.

We meet the term Lonesomeness early in the novel. This is a clever play on words and you will find out why as you read the novel.

This is where Jessie and Kaleb meet and while he does his post-doctoral research on the Ecology of Loch Ness he mends his broken heart and discovers something that the locals want to protect from tourism.

Kaleb and Jessie’s romance seems almost inevitable. She’s a local on holiday from University in London and Kaleb is American doing some post-doctoral research. As they fall in love they grapple with the issue of whether or not Jessie will move to the United States and all that entails. This is no surprise….nor is the solution.

But while they grapple with these issues Kaleb finds skewed readings in his data.

You will have to read the novel to find out what the source of these skewed readings is. As you do enjoy the scenery and the romance. Look inside Jessie’s parent’s pub, The Shredded Sail and tramp with Jessie, Kaleb and Jessie’s father through the rugged valleys and the Highlands.

This is an enjoyable and at times scholarly read. I liked that because although David O’Brien is clearly an accomplished ecologist, he respected that most readers did not want to read a text book.

It was enjoyable and allowed us a look into the scientist’s world without showing off.