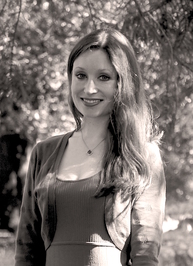 A superhero fantasy story, which opens with an elaborate heist at a vault held in the Smithsonian religious arts centre.
News reporter and single parent, Katy, is given the story of the old Brewer mansion demolition to report on. Katy becomes determined to save the historical home and its owner.
This is the imagined story of the woman who was married to Frederick Law Olmsted, the designer of Central Park in New York.
'an amateur sleuth #mystery with a touch of romance set mainly in Toronto.'
'Backstories is a great idea. Take famous people from history, ancient or more recent, and write a short backstory about them allowing the reader to uncover who they are as the story progresses.'
‘one of the most poignant, beautiful vampire stories I have ever read, those are not words written lightly.’
'Goodwin captures perfectly the atmosphere of the mental health asylums, where routine was sacred, and everybody had a part to play'
Based on a true story, Frank reviews #historicalfiction The White Rajah by Tom Williams which is set in Sarawak (North Borneo), for Rosie's #Bookreview Team #RBRT
'a series of easy-read short stories, each one an imagined snapshot of the early years of well-known person, but 'the reveal' doesn't come until the end'