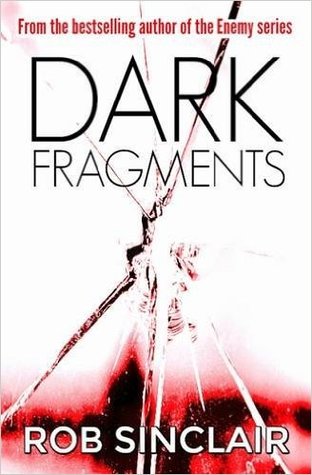 Today’s second team review is from Cathy, she blogs at http://betweenthelinesbookblog.com

Cathy has been reading Dark Fragments by Rob Sinclair

Ben Stephens’ life has never been the same since he discovered his wife’s body in their bed, although he has subsequently remarried to Gemma, the woman he was having an affair with during his marriage to Alice. Ben works, under sufferance on both sides, for his wife’s father but his career has taken a downturn as well as his marriage to Gemma, and to top it all off he’s involved in a ‘business venture’ with a well known, very dangerous criminal and is in serious debt. Ben visits Alice’s grave regularly and when he’s followed there on one occasion, and his family threatened he desperately considers his options.

Ever since they were children Ben has felt second best to his successful and now estranged twin, Dani, a police detective who was Alice’s best friend. When Dani visits out of the blue with too many uncomfortable questions for Ben, events unfold dramatically and Ben has decisions to make. Whether or not he makes the right ones only time will tell.

The fast paced story is narrated by Ben, so his viewpoint is biased. The chapters are short and sharp, interspersed with sections where Ben is speaking with someone, giving the impression of a psychiatrist or therapist, about his life, dissecting his behaviour and the self-imposed and very dubious events which culminate in his current circumstances.

Initially I felt sympathy for Ben, with the tragedy he suffered and the situation he was in, but as the story progresses his behaviour escalates in a terrifying way, becoming more and more erratic as his rage and weakness control his actions and bounce him from one dire situation to another. His attitude is superior and seemingly without any sense of culpability, blaming everything and everybody but himself for his troubles and expecting support from those around him regardless. His desire for retribution for supposed wrongs fuels his egocentric tendencies. I have to say, sympathy didn’t last very long and I found myself becoming more shocked and disbelieving.

Ben’s disturbing and volatile character is portrayed extremely well….his only redeeming feature is his love for his children. The plot is full of twists and turns and I would never have guessed that ending!

Reviewed for Rosie Amber’s book review team and based on an advanced reader copy from the author. This does not affect my opinion or the content of my review.