Terry has been reading Secret Kill by Robin Storey 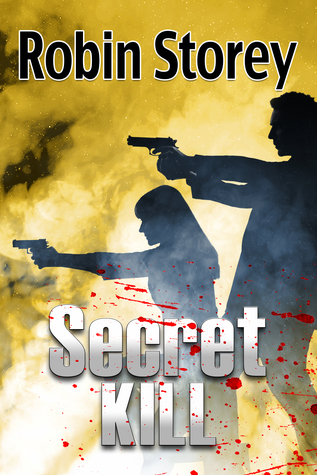 I liked this book more and more as it went on. Ex-crim Jackson Forbes is confronted by a grown-up daughter he never knew about – and she wants something from him.  Not just fatherly love, or money, but help; Frida is in trouble, and Jack is about to be pitched back into a world he thought he’d left behind.

This is a novella (40K words or under; I imagine this is around 40k), and I appreciated the way in which the story fitted perfectly into the shorter length; there was no feeling that it needed more detail anywhere, which in turn made me feel as though I had read a full-length novel. Any longer, and it might have dragged, or been filled with superfluous detail. It’s an easy read and well-written, with a convincing plot.

I read another book by this author and my main complaint about that was that the characters didn’t come across. In Secret Kill, however, I felt that Jack and Frida were completely real; there were no sudden shifts in personality like before. There was one revelation about Jack’s past that made me less sympathetic towards him, but, boy, did he pay for it.  I was fairly set on 4* all the way through, but the unexpected and unusual ending made me want to add an extra half star. Good one.

He’s wealthy, successful and charming. But his criminal past is about to catch up with him.

Businessman Jackson Forbes is at the pinnacle of his career, after leaving a life of crime well and truly behind.

But when a young girl turns up in his office, claiming to be his daughter and threatening him with a gun, his life is suddenly not so rosy.

Frida is on the run and needs his help. But saving her life will mean not only returning to the criminal underworld, but also risking his reputation – and his life.

Not to mention the crime for which he was never caught…

Secret Kill is Book 2 in Noir Nights, a series of stand-alone short novels in the crime/suspense genre.

If you love complex characters and simmering tension with a strong noir flavour, you’ll love this novel.